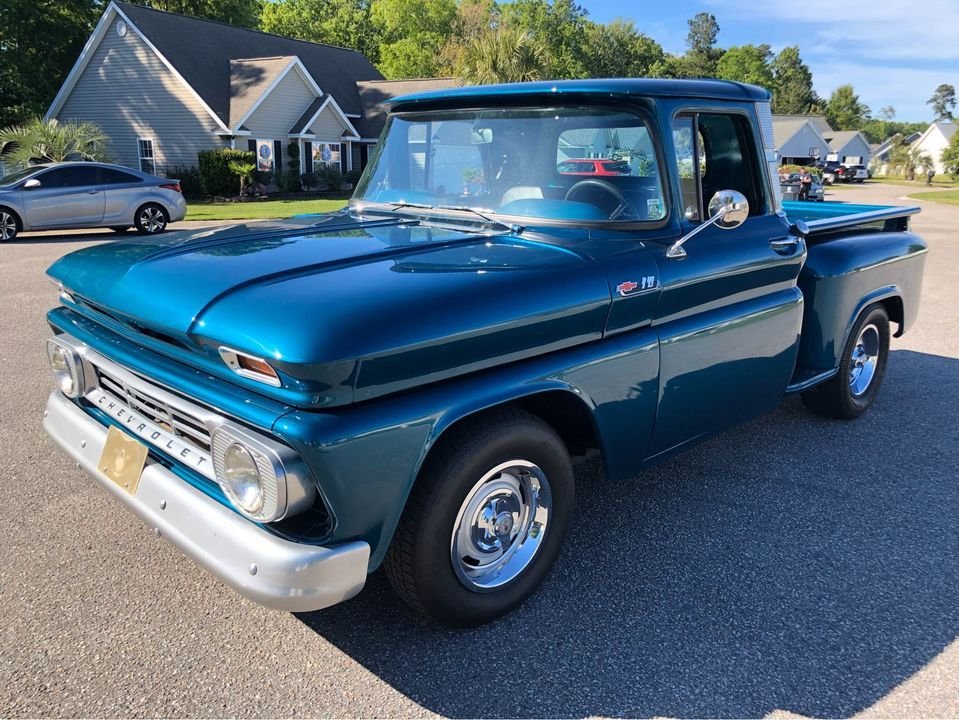 THIS 1962 CHEVROLET SILVERADO C-10 STEPSIDE IS LOCATED IN: HARLEYVILLE, SC

After 1989, medium-duty trucks exited the C/K series, replaced by the Chevrolet Kodiak/GMC TopKick. For 1999, the Chevrolet Silverado (marketed by GMC as the Sierra) replaced the model line, with production of C/K pickup trucks ending after the 2000 model year. Drawing its nameplate from the top-level C/K trim, the Silverado consolidated Chevrolet pickup trucks under a singular nameplate (following GMC). The final C/K vehicles were heavy-duty chassis cabs sold through the 2002 model year.