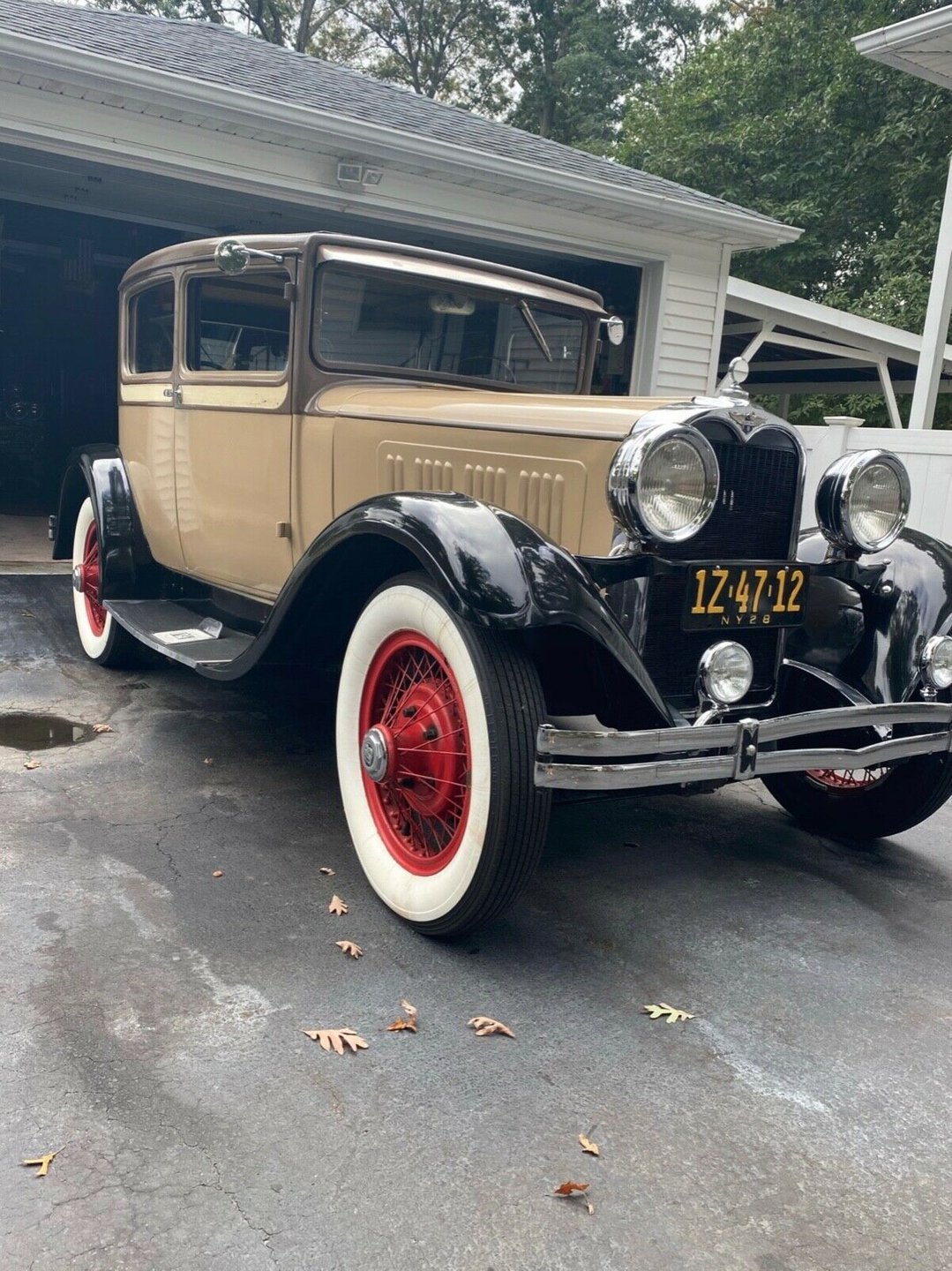 THIS 1928 DODGE BROTHERS VICTORY 6 IS LOCATED IN: BROOKHAVEN, NY

The Dodge Brothers 130/131 Victory Six went on sale in 1928. The model was built on a 112-inch wheelbase and sits between the 110-inch Standard Six , which hit the market at the same time, and the Senior Six , introduced six years earlier .

Production of the Victory Six began in November 1927, and production of this "M" series, named after the first mark of its serial number, ended in December 1928. In 1929, the number of Dodge's six-cylinder models was reduced to two. Standard left the selection and, along with Senior, Victory Six, which remained in production, was renamed Dodge Brothers Six . The "DA" series, named after the prefix of its serial number, was manufactured until March 1930.

• CLEAN AND CLEAR NY STATE TRANSFERABLE REGISTRATION, FOR OLD CARS PRIOR TO 1973 NY STATE ISSUES A TRANSFERABLE REGISTRATION, SAME AS THE TITLE; YOU CAN REGISTER AND GET A TITLE IN YOUR STATE
• ODOMETER SHOWS 12,281 MILES
• CAR IS ALL STEEL
• FLATHEAD 6 CYL ENGINE
• MANUAL TRANSMISSION
• WOOD FLOOR IS GREAT
• BRAKES AND TIRES ALL NEW LAST YEAR
• WIPERS, LIGHTS AND HORN ALL WORK GREAT
• WELL MAINTAINED, GARAGE KEPT
• FUN CAR TO DRIVE AND WILL CRUISE AT 45/50 MPH WITH EASE