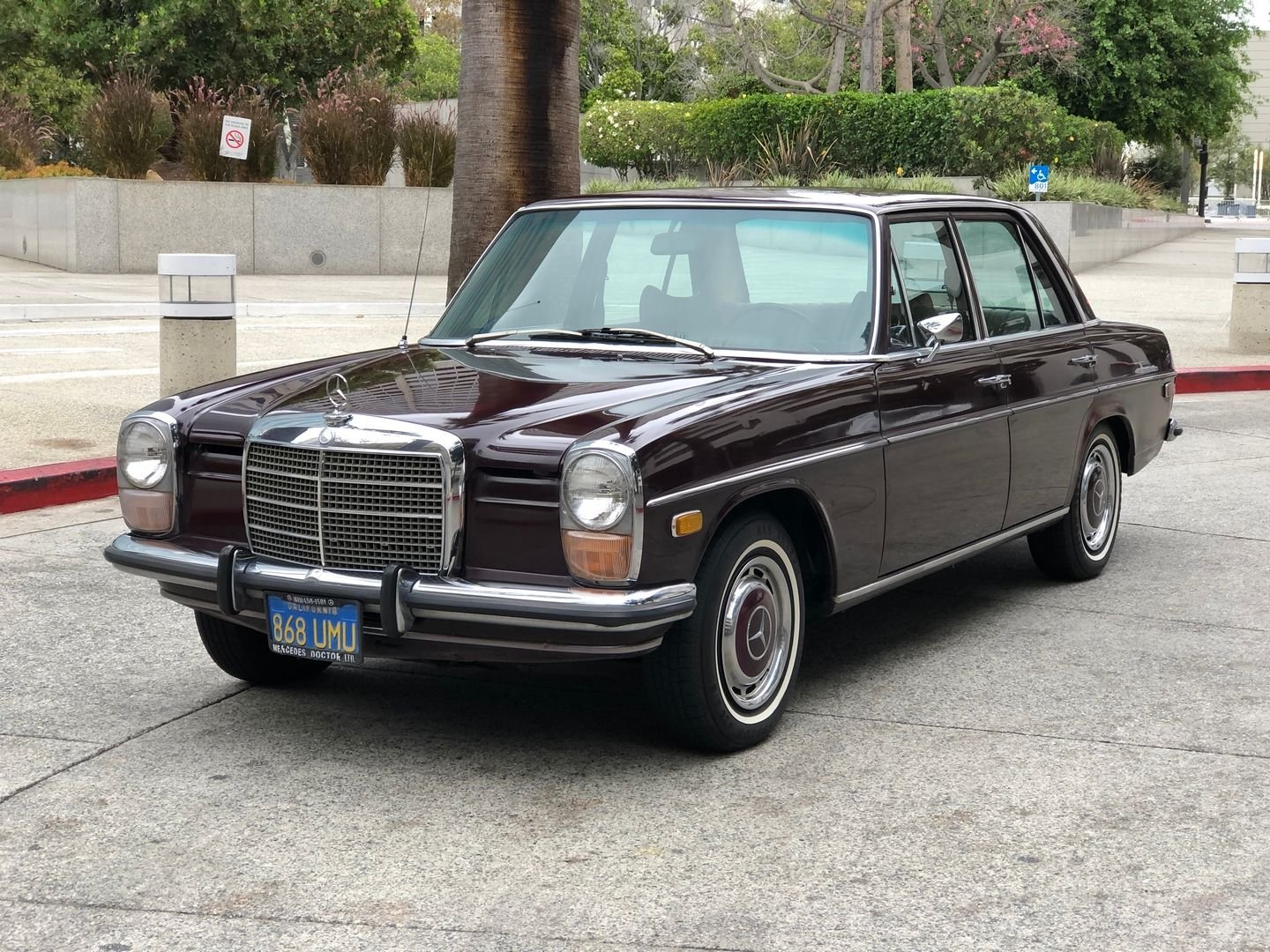 At the time Mercedes introduced the W114/115 in 1968, they marketed sedans in two size classes (W114/W115 and S-Class) and marketed the W114/115 range as New Generation Models, ultimately the only model of the new generation. Mercedes used a '/8' on the W114/115 ID plates, indicating their 1968 launch year, giving rise to their '/8' or 'slash eight' nicknames — and the German nickname Strich Acht, loosely translated into English as stroke eight.