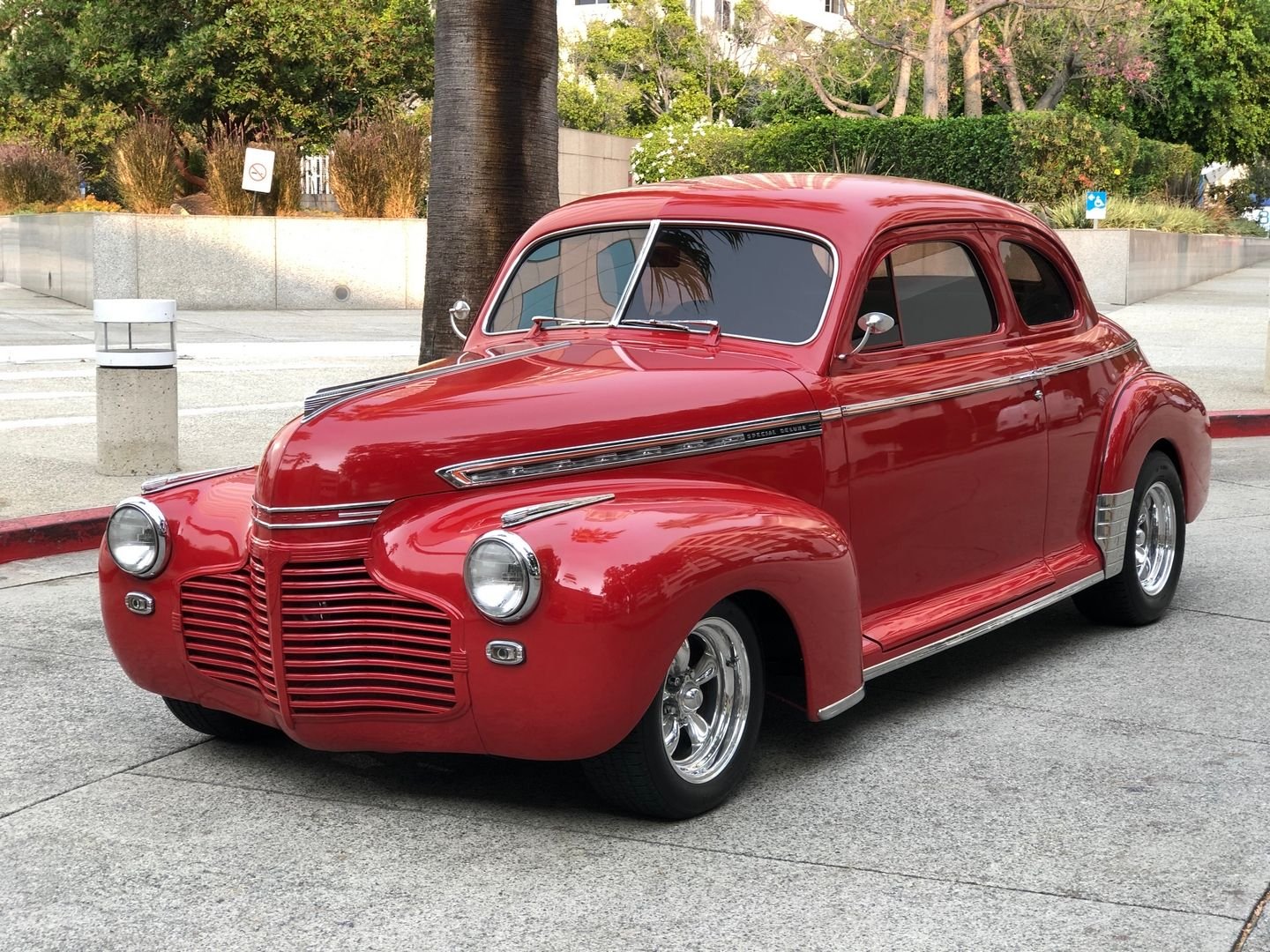 The Chevrolet Deluxe was a trim line of Chevrolet automobiles, marketed from 1941 to 1952, and was the volume sales leader for the market during the 1940s. The line included, at first a 4-door sedan, but grew to include a fastback 2-door "aerosedan" and other body styles. The 1941 Chevrolet was the first generation that didn't share a common appearance with Chevrolet trucks, while the Chevrolet AK Series truck did share common internal components.

The original series ran from 1941 to 1948, after which a new body style was introduced for 1949, running through 1952. During the post-war years and continuing through the early 1950s, the Deluxe range was Chevrolet's sales leader, offering a balance of style and luxury appointments unavailable in the base Special series; and a wider range of body styles, including a convertible, Sport Coupe hardtop (starting in 1950), two- and four-door sedans and four-door station wagons.

In 1941, the Master and Special Deluxe had updated styling from the year before with things such as a new grill, new suspension, new curves, and the headlight mounted in the fenders. The Special had better fabric than the Master, along with arm rests in the doors. There was full instrumentation.

For the 1946 model year the names were changed to Stylemaster and Fleetmaster.