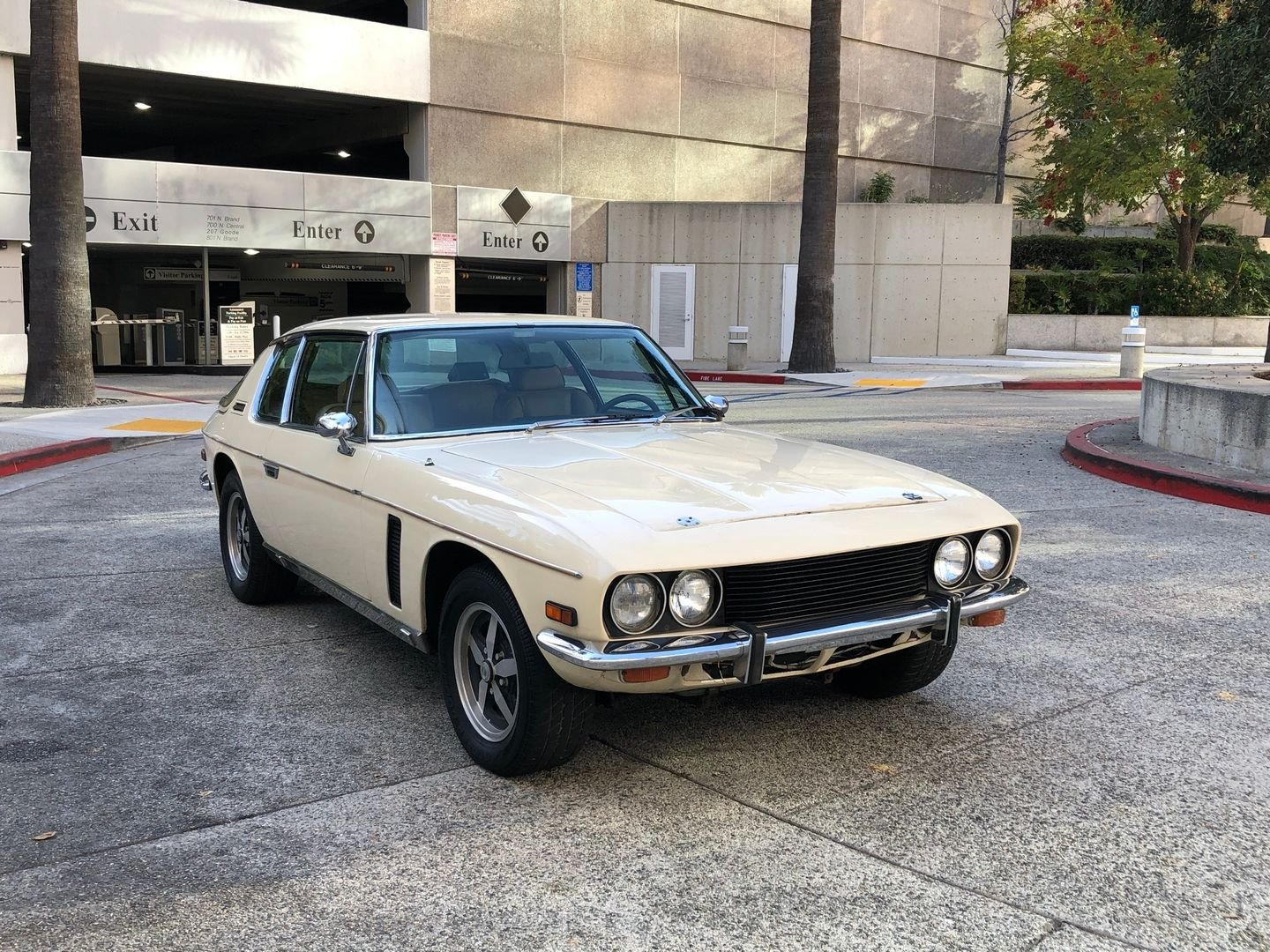 THIS 1971 JENSEN INTERCEPTOR MKIII IS LOCATED IN: RANCHO CUCAMONGA, CA

The Mark III, introduced in 1971, revised the front grille, headlamp finishers and bumper treatment again. It had GKN alloy wheels and air conditioning as standard, and revised seats. It was divided into G-, H-, and J-series depending on the production year. The 6.3 litre 383ci engine was superseded by the 7.2 litre 440ci in 1971.