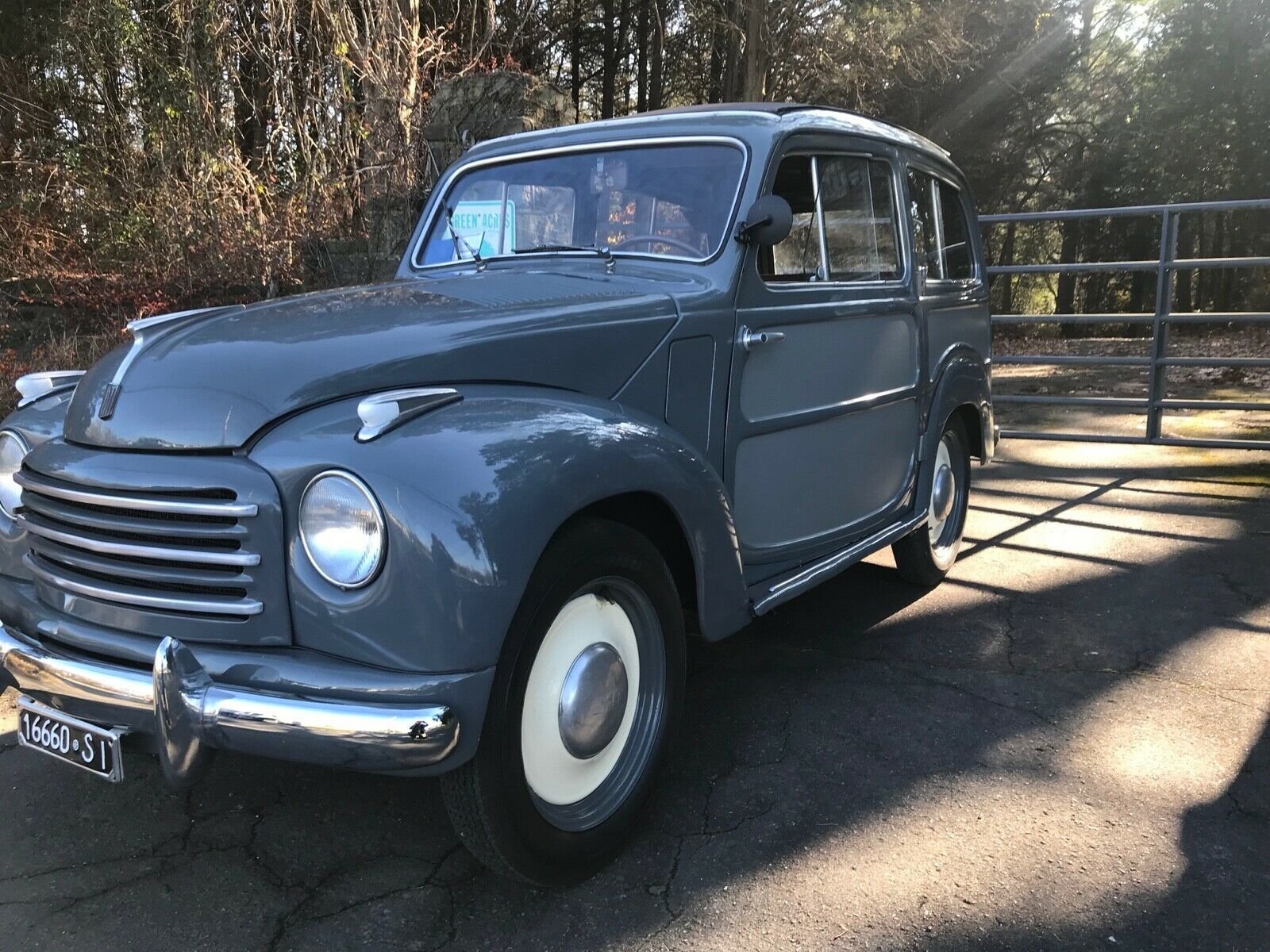 The name Topolino (pronounced [topoˈliːno]) is Italian and translates literally as "little mouse", but is also the Italian name for Mickey Mouse.

The Topolino was one of the smallest cars in the world at the time of its production. Launched in 1936, three models were produced until 1955, all with only minor mechanical and cosmetic changes. It was equipped with a 569 cc four-cylinder, side-valve, water-cooled engine mounted in front of the front axle, (later an overhead valve motor) and so was a full-scale car rather than a cyclecar. The radiator was located behind the engine which made possible a lowered aerodynamic nose profile at a time when competitors had a flat, nearly vertical grille. The shape of the car's front allowed exceptional forward visibility.

The Giardiniera was at the beginning only available as a so-called woodie, i.e. with an outside ash frame and available in seven metallic colors. When it was later renamed Belvedere, the wood was replaced with metal. This model as well as the regular two-seater Convertible-Limousine were also produced in France by Simca as the Simca 5, and in Germany by the German Fiat subsidiary NSU-Fiat.

Model C was introduced in 1949 with a restyled body and the same engine as Model B, and was offered in 2-door saloon, 2-door convertible saloon, 3-door estate and 2-door van versions. In 1952, Giardiniera was renamed Belvedere ("A turret or other raised structure offering a pleasant view of the surrounding area", referring to its sunroof). Model C was produced until 1955.

In 1955 the larger rear-wheel-drive Fiat 600 was launched by Fiat and that would become the design basis for the new Fiat 500, the Nuova 500.

• CLEAN AND CLEAR NY STATE TRANSFERABLE REGISTRATION, FOR OLD CARS PRIOR TO 1973 NY STATE ISSUES A TRANSFERABLE REGISTRATION, SAME AS THE TITLE; YOU CAN REGISTER AND GET A TITLE IN YOUR STATE
• THIS FIAT 500 C TOPOLINO GIARDINIERA HAS 35,204 KM /21,874 MILES/
• 4 CYL. 500CC ENGINE
• MANUAL TRANSMISSION
• WELL MAINTAINED, GARAGE KEPT
• RUNS AND DRIVES