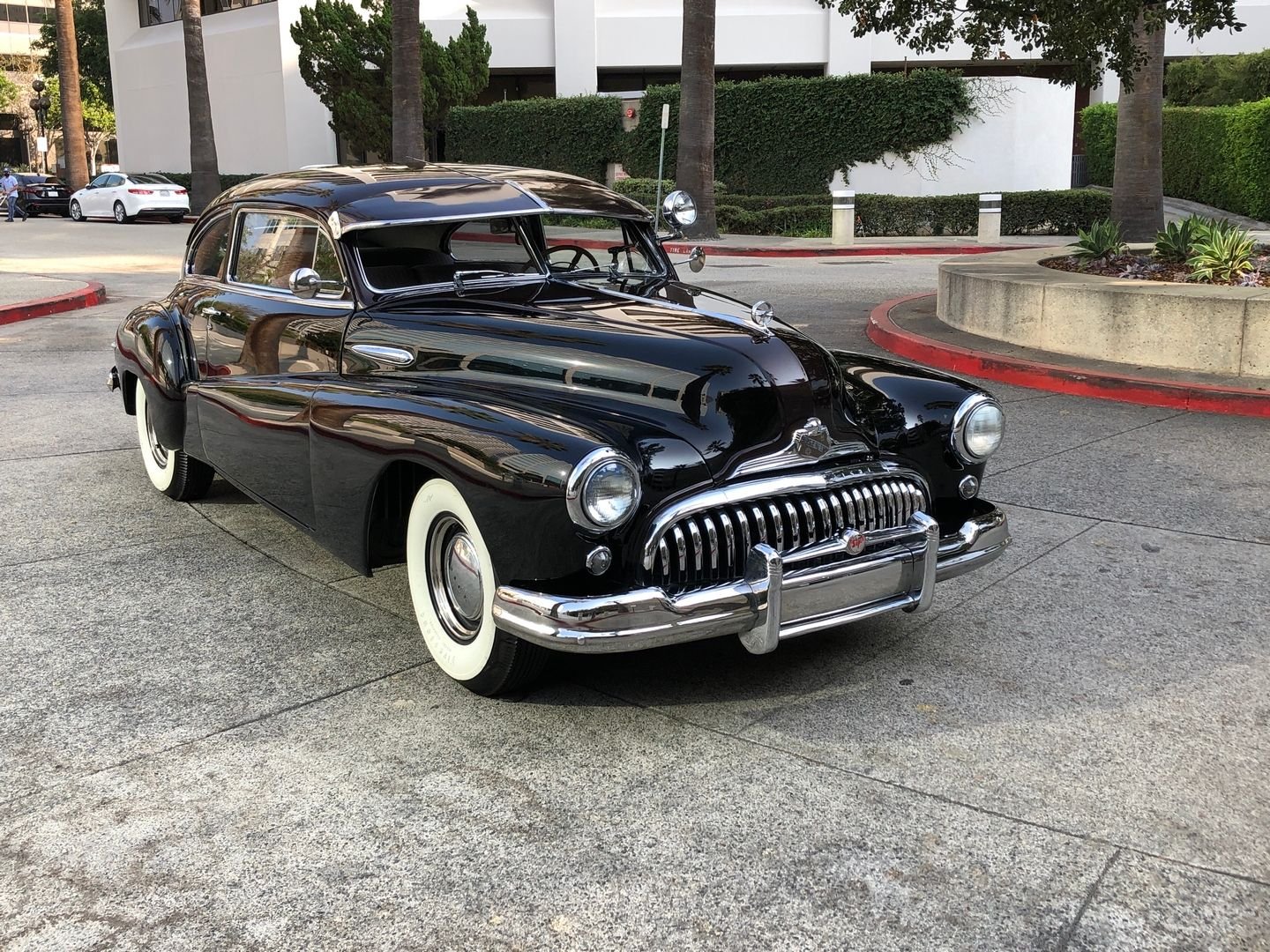 Super returned as a performance trim level on V8-powered LaCrosse and Lucerne sedans from 2008 until 2011.

After the government prohibited the use of chrome on January 1, 1942 a number of body styles were dropped and most trim was now painted. Cast iron pistons were used in the 248 cu in (4.1 L) Fireball I8 engine. The last of the 1942 Buicks were completed on February 4, 1942. Only 33,034 Supers were built in the abbreviated model year.

In 1946 Buick once again combined the large Series 70 Roadmaster body with the economical Series 40 Special powerplant to create the Series 50 Super line. Basic styling was continued from 1942 now sedans had the front fender sweep across the doors to the rear fenders as did the Sedanet and convertible styles. A stamped grille with vertical bars dominated the frontal ensemble. Single stainless body trim lines began on the front fenders and ended at the rear edge of the standard rear wheelhouse shields. Standard equipment included an automatic choke, clock, ash receiver, turn signals and woodgrained instrument panels. Exterior series identification was found on the crossbar between the bumper guards front and rear. Cloisonne emblems carried the Super emblem. Compound Carburetion was eliminated and the compression ratio was reduced to 6.30:1. As a consequence the 1946 Super's horsepower fell from 125 to 110. Torque on the other hand was hardly affected. The number of body styles increased to four with the return of the Estate wagon after a six year absence. A total of 119,334 units were sold. The front suspension was independent with coil springs. 76.98% of Buick sales this year were Supers.

Combining big Roadmaster room with an economical Special engine continued to make the Super an American favorite in 1947. The Super was little changed from its 1946 counterpart, except for new stamped grille that had separate upper bar and new emblem. Stainless lower body moldings made a single line along the body and continued onto the standard wheelhouse shields. A white Tenite steering wheel was standard while the instruments were round and set into a two-toned dash panel. Exterior series identification was found on the crossbars between the standard bumper guards. A chrome emblem was used with the series script embossed and filled with red. Sales reached a record 159,588. The height was 64.9 inches. Brakes were 12 inch drums.

The main external change to the 1948 Super from its 1947 counterpart was the Super script on each front fender. Other series identification continued to be earned on the bumper guard crossbar. The car was a bit lower than in 1947 rolling on new 7.60 x 15 tires mounted on wheels with trim rings and small hubcaps. Super script was also found on the center crest of a new black Tenite steering wheel. New cloth interiors featured leatherette scuff pads and trim risers. The instrument panel was redone, using silver-tone instruments on a two-tone gray panel. The sedan was carpeted in the rear with a carpet insert also found in the front rubber mat. The convertible also featured cloth and leather interior trim with power top, seat and windows standard. Total sales were 108,521.