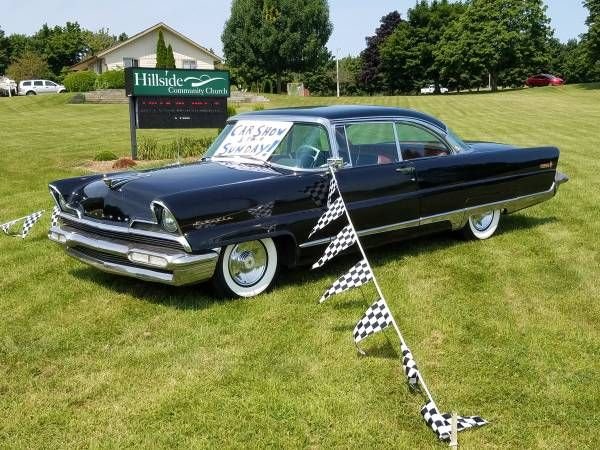 THIS 1956 LINCOLN PREMIERE COUPE IS LOCATED IN: MILWAUKEE, WI

The Lincoln Premiere was a luxury car model sold by Lincoln in the 1956 to 1960 model years. Positioned below the company's Continental Mark II during 1956–1957 and above the Capri it was based on from 1956–1959, it was produced in 2 and 4 door versions which could both accommodate up to six people. The Premiere sedan was the mid-level sedan under the Continental Mark III-V sedans, until it was replaced with the 1961 Continental sedan.

The Premiere name is currently used as a trim level on Lincoln models.

The Premiere's appearance reflected the Capri's derivation from the radically different concept cars, the Mercury XM-800 and the Lincoln Futura. It was known for a stylish exterior, high-grade interior and some unique features, such as optional "factory air conditioning being run through overhead ducts much like those in an aircraft. The cool air was directed to the roof via a pair of clear plastic ducts visible through the rear window at each side, connecting upward from the rear package tray. Four way power seats were standard. Front suspension was independent with a stabilizer bar.