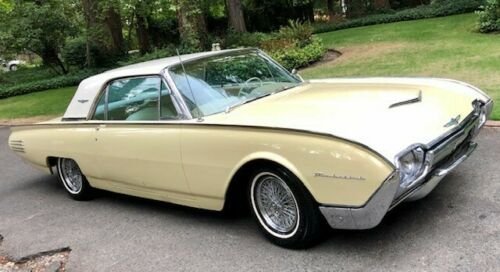 Ford targeted the two-seat Thunderbird as an upscale model, but the design introduced for 1958 featured a rear seat and arguably marked expansion of a market segment eventually known as personal luxury cars. An American interpretation of the grand tourer, personal luxury cars were built with a higher emphasis on driving comfort and convenience features over handling and high-speed performance.

The Thunderbird was redesigned for 1961 with styling that gave the car a unique bullet-like body side appearance. A new engine, the 390 cu in (6.4 L) FE V8, was the standard and only engine initially offered in the Thunderbird. It was rated at 300 hp (224 kW) and was mated to a 3-speed automatic transmission. The new Thunderbird was well received with 73,051 sold for 1961.