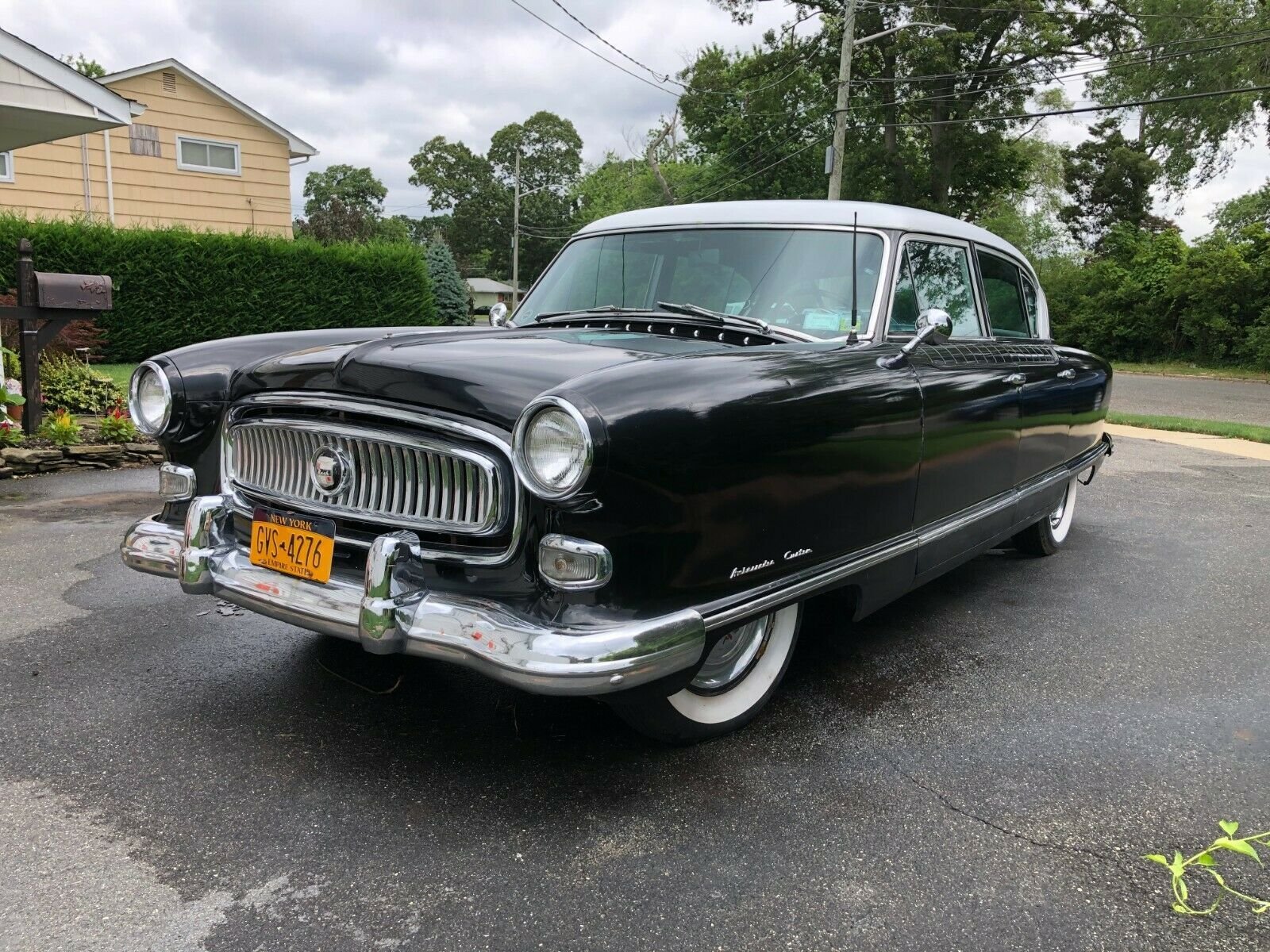 From 1927 through the mid-1932 model year, the Ambassador name was applied to a high trim club sedan body style, one of Nash's most prestigious senior models. The Ambassador series was the "flagship" in the Nash line.

In 1954 the Nash Ambassador was the first American automobile to have a front-end, fully integrated heating, ventilating, and air-conditioning system. The heating and ventilation system was called Weather Eye and now could be equipped with Nash-Kelvinators' advanced Automobile air conditioning unit. While other manufacturers in America at the time offered A/C on some models, their air conditioning units were driven by a large and heavy, trunk mounted expander and heat exchanger that carried the air into the car via clear plastic tubes and out through ceiling mounted vents. Nash's unit was inexpensive, compact, fit under the hood, and could either circulate fresh or recycled air. With a single thermostatic control, the Nash passenger compartment air cooling option was described as "a good and remarkably inexpensive" system. The option was priced well below systems offered by other carmakers (in 1955, Nash offered it at US$345, against $550 for Oldsmobile or $570 for Chrysler); other makers, such as Ford, did not even offer optional air conditioning. (At the time, even a heater was not always standard equipment.)

The Ambassador continued with only a few changes. A new "floating" grille concave grille and partially chromed headlamp bezels were added to the front end. A redesigned instrument panel was a major change inside. The base trim was called "Super" while the higher "Custom" models featured a continental spare tire carrier and many other upgrades was available in 4-door sedan and two-door "Country Club" hardtop forms. The standard 252.6 cu in (4.1 L) I6 was now rated at 130 hp (97 kW; 132 PS) at 3,700 rpm with its 7.6:1 compression ratio and a one-barrel Carter carburetor.

Nash-Kelvinator merged with ailing Hudson Motor Car Company as of January 14, 1954, to form American Motors Corporation (AMC), and both Nash and Hudson dealers sold the compact-sized Ramblers that were identical save for the "Nash" or "Hudson" badging. Although the "senior" Nash and Hudson models continued to be marketed, it was sales of the Rambler that were powering the company's bottom line. As the compact Rambler's fortunes increased, sales of the senior Nash cars, including the Ambassador, decreased. A total of 21,428 Ambassadors were built in 1954.

• CLEAN AND CLEAR NY STATE TRANSFERABLE REGISTRATION, FOR OLD CARS PRIOR TO 1973 NY STATE ISSUES A TRANSFERABLE REGISTRATION, SAME AS THE TITLE; YOU CAN REGISTER AND GET A TITLE IN YOUR STATE
• CAR WAS USED AS A TV AND MOVIE BACKGROUND CAR. USED ON "THE MARVELOUS MRS. MAISEL" SEASONS 1, 2, AND 3 (SEE PICTURES) AND "THE BLACKLIST" (2020). ALSO IN THE MOVIES "MOTHERLESS BROOKLYN" (2019 WITH EDWARD NORTON, ALEC BALDWIN, AND WILLEM DAFOE), "THE IRISHMAN" (2019 WITH ROBERT DE NIRO, AL PACINO, AND JOE PESCI)
• HAS BEEN USED AS A POLICE CAR WITH WHITE "PEEL PAINT" ON THE DOORS
• OHV 6 CYL ENGINE, AUTOMATIC TRANSMISSION
• CONVERTED TO TWELVE VOLT; CONVERTED FROM GENERATOR TO ALTERNATOR; BOILED RADIATOR; REBUILT STARTER; CARBURETOR PROFESSIONALLY REBUILT BY LARRY ISGRO
• ADDED SEATBELTS ; AFTERMARKET SOUND SYSTEM UNDER DASH
• CAR IS EQUIPPED WITH RECLINING FRONT SEATS, WEATHER EYE HEATER, ORIGINAL FACTORY RADIO
• ALL GAUGES, HORN, LIGHTS, WIPERS WORK, NICE GLASS
• STILL USING THE ORIGINAL "LIFT TO START" TRANSMISSION LEVER
• BODY AND FLOORS ARE SOLID; TIRES HAVE LOW MILEAGE
• RUNS AND DRIVES