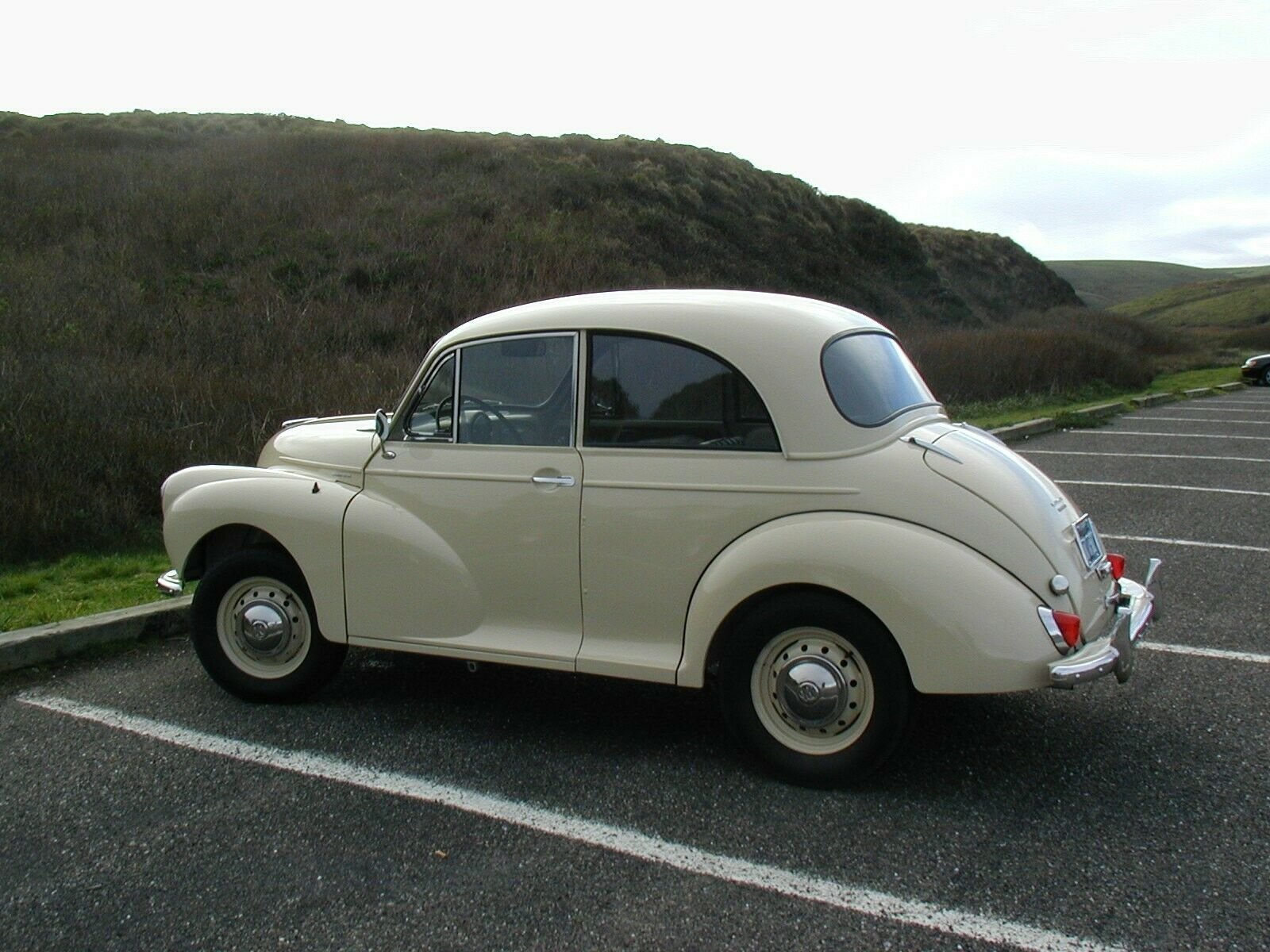 Initially available as a two-door saloon and tourer (convertible), the range was expanded to include a four-door saloon in 1950, a wood-framed estate car (the Traveller) from October 1953 and panel van and pick-up truck variants from May 1953. It was the first British car to sell over a million units and is considered a classic example of automotive design, as well as typifying "Englishness".

In 1956, the Minor received a major programme of updates intended to keep the car competitive into the 1960s. Where previously the Minor had been offered with a broad range of colours and trim options, the 'Minor 1000' (so named for its 948cc engine) shifted emphasis towards rationalisation of components to access improved economies of scale, and thus enabled increased production volumes to help the Minor retain a significant share of the small car market during a period where car ownership was becoming more commonplace.

The dawn of the motorway era necessitated the fitting of a new 948cc (57.9 cu in) variant of the BMC A-Series engine, elevating top speed from 63 mph to 75 mph, and reducing 0-60 mph acceleration from 52.5 secs to 31.3 secs. Driving was further improved by a substantially revised gearbox, which incorporated taller ratios for more relaxed cruising speeds and a remote selector allowing a shorter gear lever and less ponderous gearchange action. This new engine and gearbox was the product of a broader engine policy at BMC, and had been developed for use in a range of their smaller vehicles, including the Austin A35, A40 Farina, and Austin-Healey Sprite/MG Midget, to maximise parts sharing and thus reduce production costs, servicing costs and consumer costs across the model range.

A series of changes to the body pressings for the roof/scuttle and bonnet panels yielded a large wraparound rear windscreen and one-piece curved front windscreen, which markedly improved visibility and lent a modernised appearance to the car at relatively small outlay.

Many of the 'luxury' items, such as leather trim, were replaced with more durable and cheaper materials, and over the course of the following years the range of available paint and interior colours was dramatically reduced. Various unique Minor trim items and components (such as light units and heaters) were also gradually replaced with ubiquitous items from the BMC range. This programme of changes succeeded in giving access to improved economies of scale to allow production to be ramped up. By the turn of the 1960s, over 100,000 Minors were being produced per year, compared to fewer than 50,000 per year a decade earlier.

In 1961 the semaphore-style trafficators were replaced by flashing direction indicators. These were US-style red at the rear (using the same bulb filament as the brake lamp) and white at the front (using a second brighter filament in the parking lamp bulb) which was legal in the UK and many export markets at the time (such as New Zealand). On the two door cars, the rear wings were modified to remove the openings for the trafficators; on the 4-door, the B-pillar pressing was modified to leave a 'blank' in place of the trafficator housing.

An upmarket car based on the Minor floorpan using the larger BMC B-Series engine was sold as the Riley One-Point-Five/Wolseley 1500 beginning in 1957: versions of this Wolseley/Riley variant were also produced by BMC Australia as the Morris Major and the Austin Lancer.