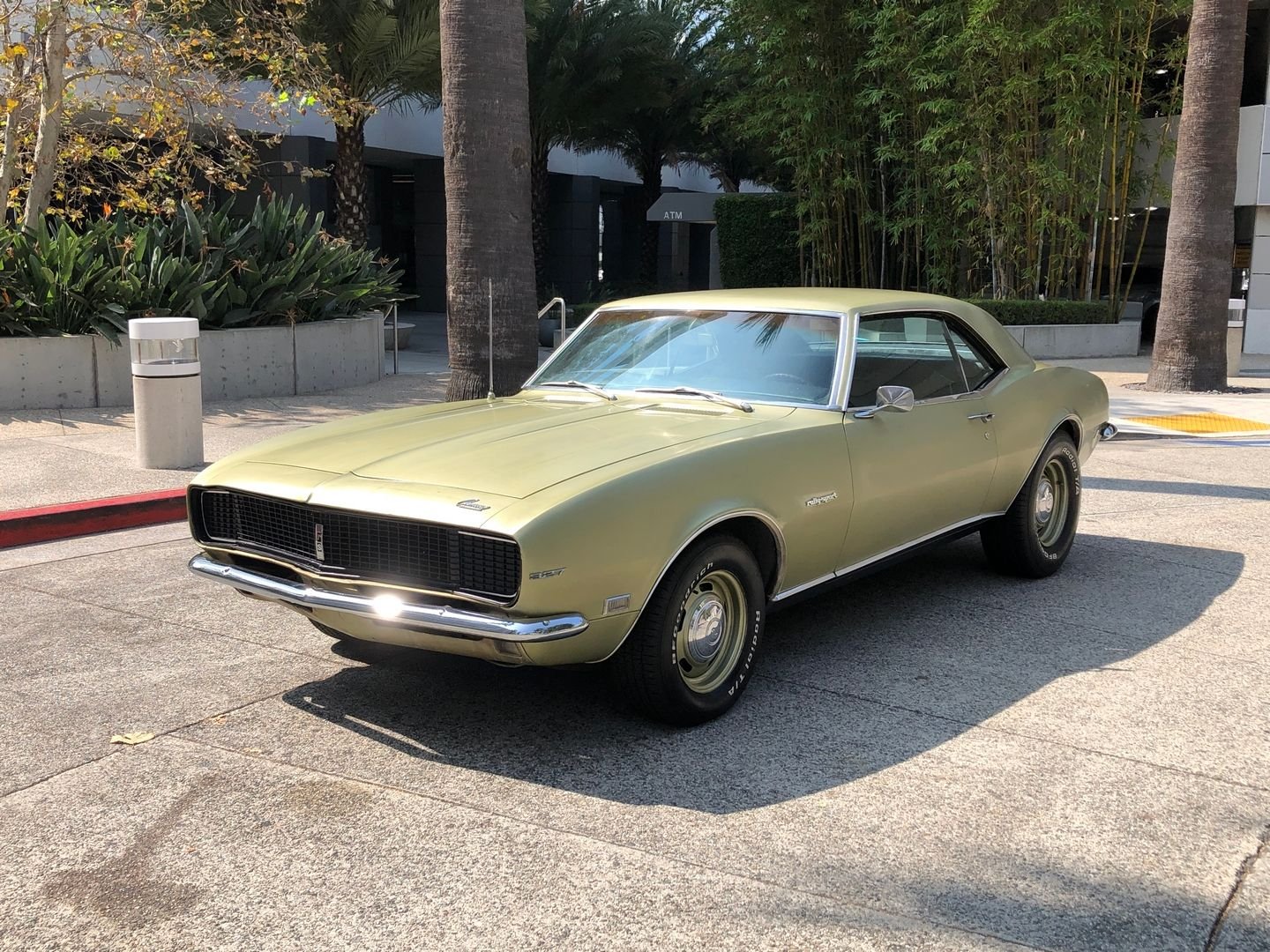 The Chevrolet Camaro is a mid-size American automobile manufactured by Chevrolet, classified as a pony car and some versions also as a muscle car.[5][6] It went on sale on September 29, 1966, for the 1967 model year and was designed as a competing model to the Ford Mustang. The car shared its platform and major components with the Pontiac Firebird, also introduced for 1967.