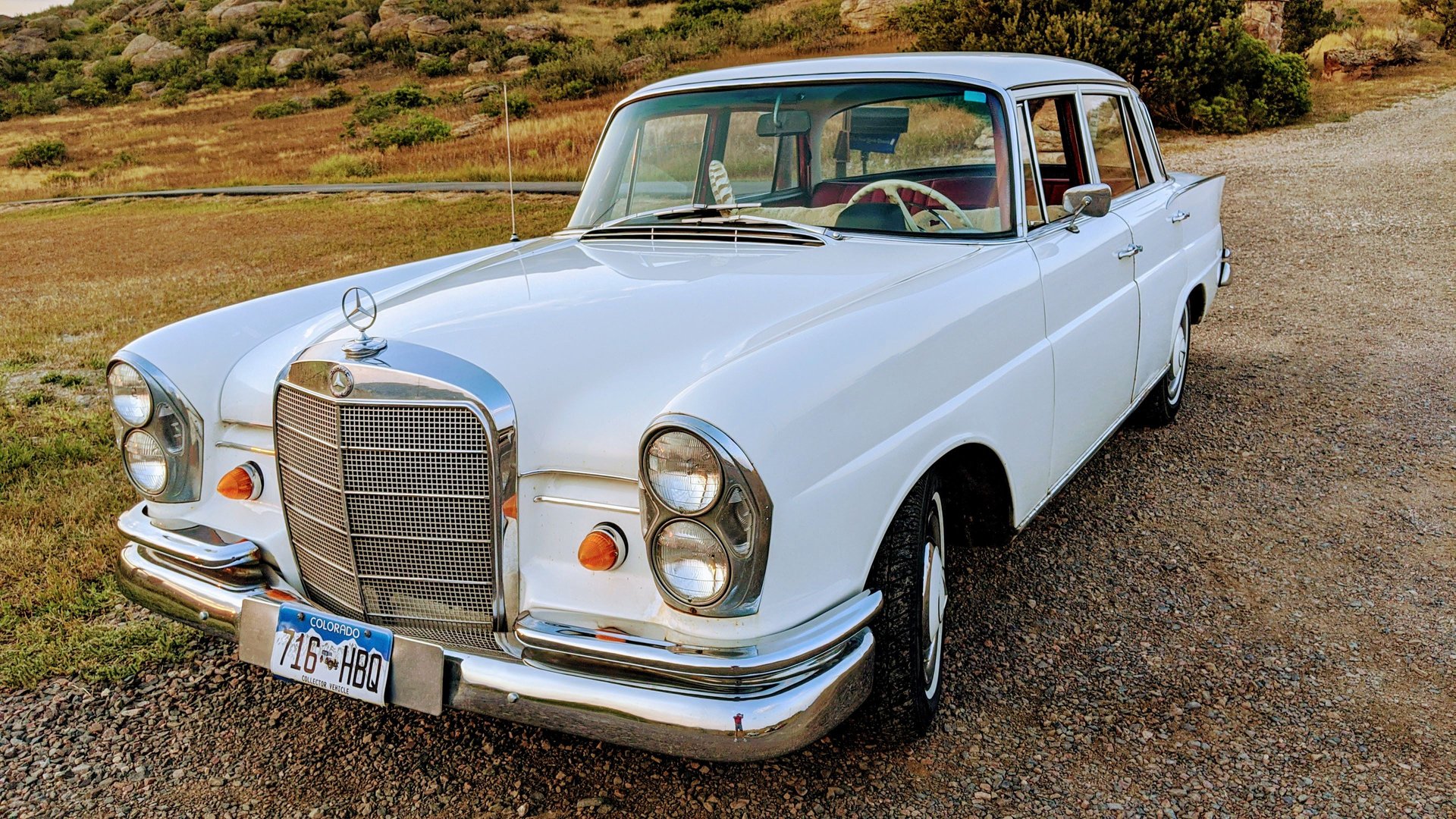 The Mercedes-Benz W111 was a chassis code given to a range of Mercedes-Benz vehicles produced between 1959 and 1971, including four-door sedans (1959-1968) and two-door coupés and cabriolets (1961 to 1971). Their bodywork featured distinctive American-style tailfins that gave the models their Heckflosse nickname — German for "fintail".

Introduced with a 2.2-litre inline 6-cylinder engine, the W111 spawned a pair of variant lines which bracketed it in 1961: downscale entry-level inline 4-cylinder engined vehicles sharing the W111 chassis and bodies, designated the W110; and the W112, a high-end luxury sedan built on the W111 chassis with its body but exclusive features, elaborate appointments, and the Mercedes-Benz 300d Adenauer's fuel-injected 3-litre M189 six-cylinder engine – at the time the company's largest.

Somewhat confusingly, both the W111 and W112 lines included vehicles with different Paul Bracq-designed bodywork, the 2-door coupe and cabriolet.