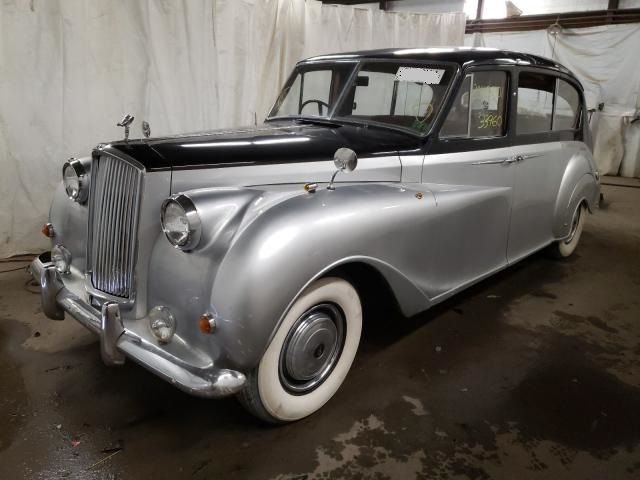 The Austin Princess is a series of large luxury cars that were made by Austin and its subsidiary Vanden Plas from 1947 to 1968. The cars were also marketed under the Princess and Vanden Plas marque names.

From August 1957 the Austin part of the badging was dropped so it could be sold by Nuffield dealerships. From May 1960, the Vanden Plas name was added in front of "Princess".

The Austin A135 Princess Long Wheelbase Saloon (DS6) and Limousine (DM4) were introduced in 1952. The automatic transmission and power steering from Princess IV were fitted from 1956. The marque name was changed from Austin to Princess in August 1957, and then to Vanden Plas from July 1960. The long wheelbase models continued to be built by hand in limited numbers as the Vanden Plas Princess 4-litre Limousine, until 1968. All now being parts of British Leyland, the Jaguar Mark X-based Daimler DS420 was initially produced at the Vanden Plas works in Kingsbury, North London then replaced the Vanden Plas Princess within the new, slightly rationalised range. This had been foreseen in 1966 when British Motor Holdings (BMH) had brought BMC and Jaguar together, and stopped development at Vanden Plas of the potential successor car. The limousine was luxuriously appointed with much polished wood, optional mohair rugs and radio with controls in the armrest. Among the long list of available extras were monograms and a flagstaff. The driving compartment was separated from the rear of the car by a division with an optional telephone for the passengers to communicate with the driver. The driving seat was finished in leather but the rear seats were trimmed in cloth, the usual arrangement on many luxury cars of the time. Though not as durable as leather, cloth was considered kinder to passengers' clothes. To increase seating capacity two occasional seats could be folded out of the floor.