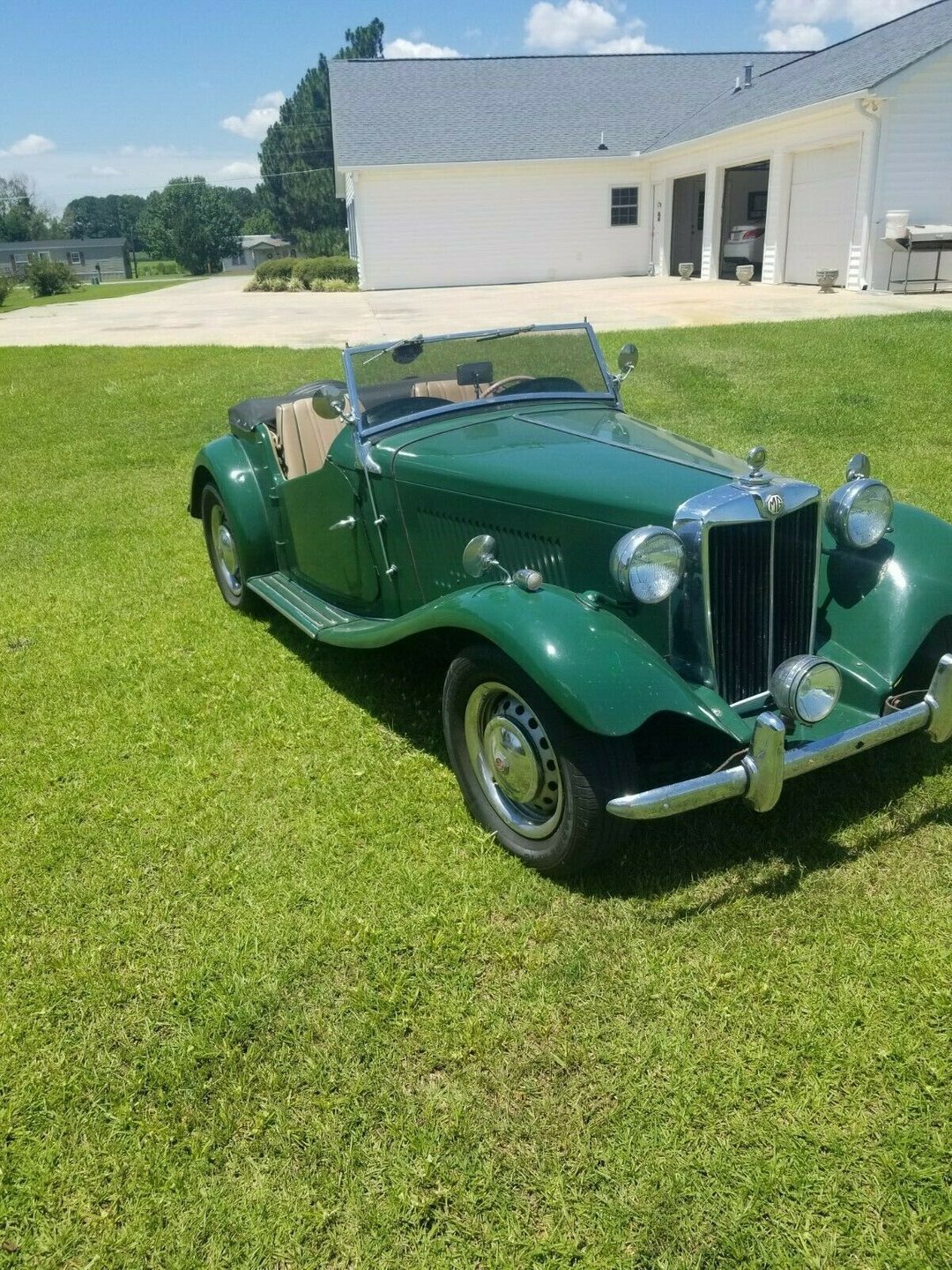 The 1950 TD Midget announced in January 1950[9] combined the TC's drivetrain, a modified hypoid-geared rear axle, the MG Y-type chassis, a familiar T-type style body and independent suspension on front axle using coil springs from the MG Y-type saloon: a 1950 road-test report described as "most striking" the resulting "transformation ... in the comfort of riding". The reference cited here was incorrect to infer the entire drive train was lifted from the TC, as along with the new hypoid differential, a completely different transmission was used (albeit also a four-speed). Also lifted from the company's successful 1¼-litre saloon was the (still highly geared) rack and pinion steering.[10] In addition the TD featured smaller 15-inch (380 mm) disc type road wheels, a left-hand drive option and standard equipment bumpers and over-riders. The car was also 5 inches (130 mm) wider with a track of 50 inches (1,300 mm). It was seen by enthusiasts at the time as a disappointment, mild and "not a sports car". ". . . the new model is largely designed to consolidate and expand the car's sale in North America." The first TDs were actually built in late 1949.

For the driver the "all-weather protection" was good by the standards of the time. For night driving, instrument illumination was "effective but not dazzling, by a pale green lighting effect".[10] There was still no fuel gauge, but the 12 imp gal (14.5 US gal; 54.5 L) of tank capacity gave a range between refuelling stops of about 300 miles (480 km) and a green light on the facia flashed a "warning" when the fuel level was down to about 2.5 imp gal (3 US gal; 11.5 L).[