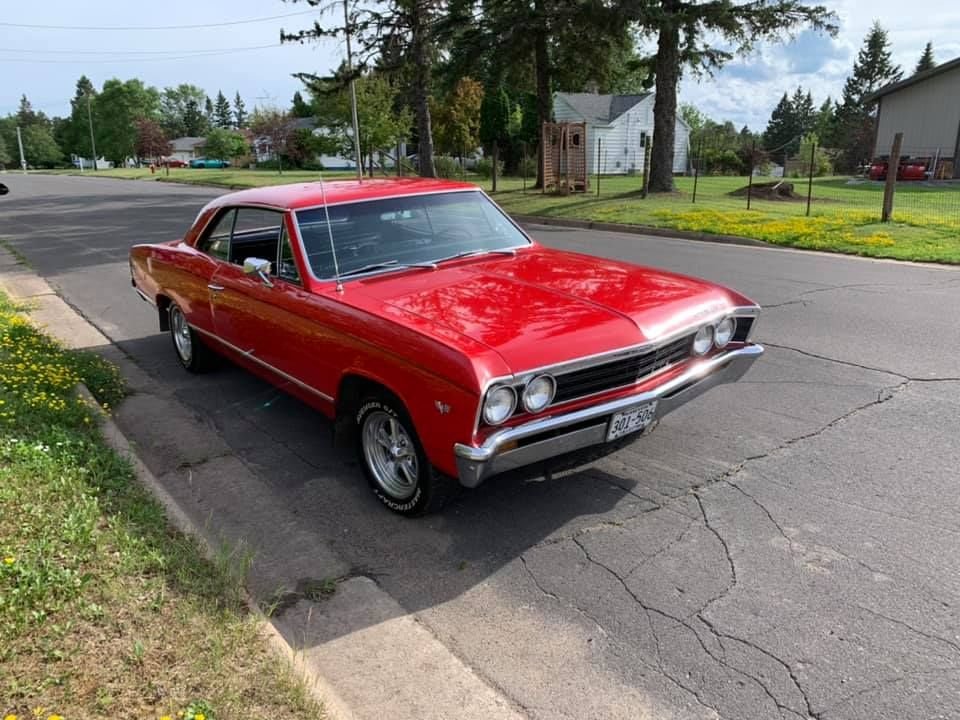 THIS 1967 CHEVROLET MALIBU CHEVELLE IS LOCATED IN: AVON, MN

The first Malibu was a top-line subseries of the mid-sized Chevrolet Chevelle from 1964 to 1972. Malibus were generally available in a full range of bodystyles including a four-door sedan, two-door Sport Coupe hardtop, convertible and two-seat station wagon. Interiors were more lavish than lesser Chevelle 300 and 300 Deluxe models thanks to patterned cloth and vinyl upholstery (all-vinyl in convertibles and station wagons), deep-twist carpeting, deluxe steering wheel and other items. The Malibu SS was available only as a two-door Sport Coupe hardtop or convertible and added bucket seats, center console (with optional four-speed manual or Powerglide transmissions), engine gauges and special wheelcovers, and offered with any six-cylinder or V8 engine offered in other Chevelles - with the top option being a 300 hp (224 kW; 304 PS) 327 cu in (5.4 L) in 1964.

For 1967, the same assortment of bodystyles were continued with styling changes similar to all other Chevelles including a new grille and revised tail section with taillights that wrapped around to the side. New this year was a Chevelle Malibu Concours station wagon with simulated woodgrain exterior side panel trim. Front disc brakes were a new option along with a stereo 8-track tape player. The same assortment of drivetrains carried over from 1966 with the top 327 cu in (5.4 L) V8 dropped from 350 to 325 hp (261 to 242 kW; 355 to 330 PS).