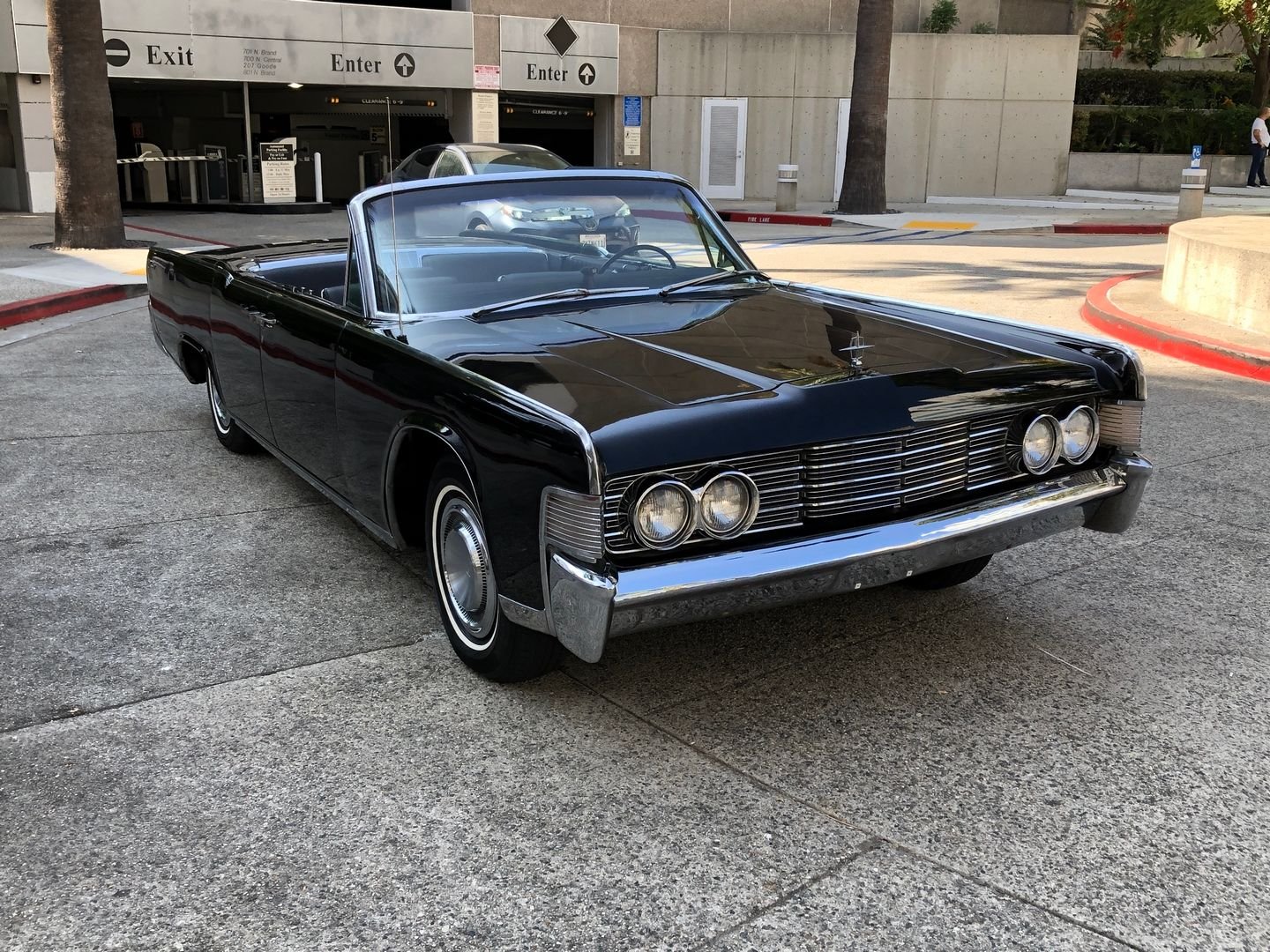 For 1964, the Lincoln Continental underwent its first mid-cycle redesign. Alongside styling updates, several functional changes were focused towards increasing rear-seat space. The wheelbase was increased from 123 to 126 inches, shifting the rear seats backward. The roofline underwent several changes, with the adoption of flat side glass (replacing curved window glass). To increase rear headroom, the rear roofline became additionally squared off, in a notchback style.

In a slight exterior restyling, to eliminate the "electric shaver" appearance, the front fascia added vertical chrome accents to the grille; the recessed rear grille was replaced by a much simpler decklid with trim panel (moving the fuel-filler door to the left-rear fender). The interior was completely revised with a full-width instrument panel, updated upholstery patterns, door panels and fittings.

In 1964, Lincoln debuted the Continental Town Brougham concept car,[34] which had a 131 in. wheelbase, overall length at 221.3, and had a retractable glass partition between the front and rear compartments, with an exposed area over the front compartment, in typical 1930s style town car/brougham appearance.

For 1965, Lincoln made additional updates to the Continental. In a styling change, the convex "electric shaver" front fascia was replaced by a more angular blunt hood with an upright flat grille design. As part of the redesign, the front turn signals and parking lights are moved from the front bumpers to wraparound lenses on the front fenders, with similar parking lights/turn signals on the rear; all four lights received metal trim to match the horizontal lines of the new grille. To improve braking ability, the Continental was given Kelsey-Hayes disc brakes for the front wheels; in addition, front seat belts with retractors became standard.

• CLEAN TITLE
• VERY NICE CONDITION
• BLACK EXTERIOR WITH BLACK INTERIOR
• 8 CYL. ENGINE
• AUTOMATIC TRANSMISSION
• THIS IS THE EXACT CAR AND YEAR THAT WAS IN THE SHOW ENTOURAGE
• TOP AND WINDOWS FUNCTION AS THEY SHOULD
• NICE PAINT AND INTERIOR
• AC/HEAT/CIGARETTE/HORN ALL WORK AS THEY SHOULD
• WELL MAINTAINED, GARAGE KEPT
• RUNS AND DRIVES