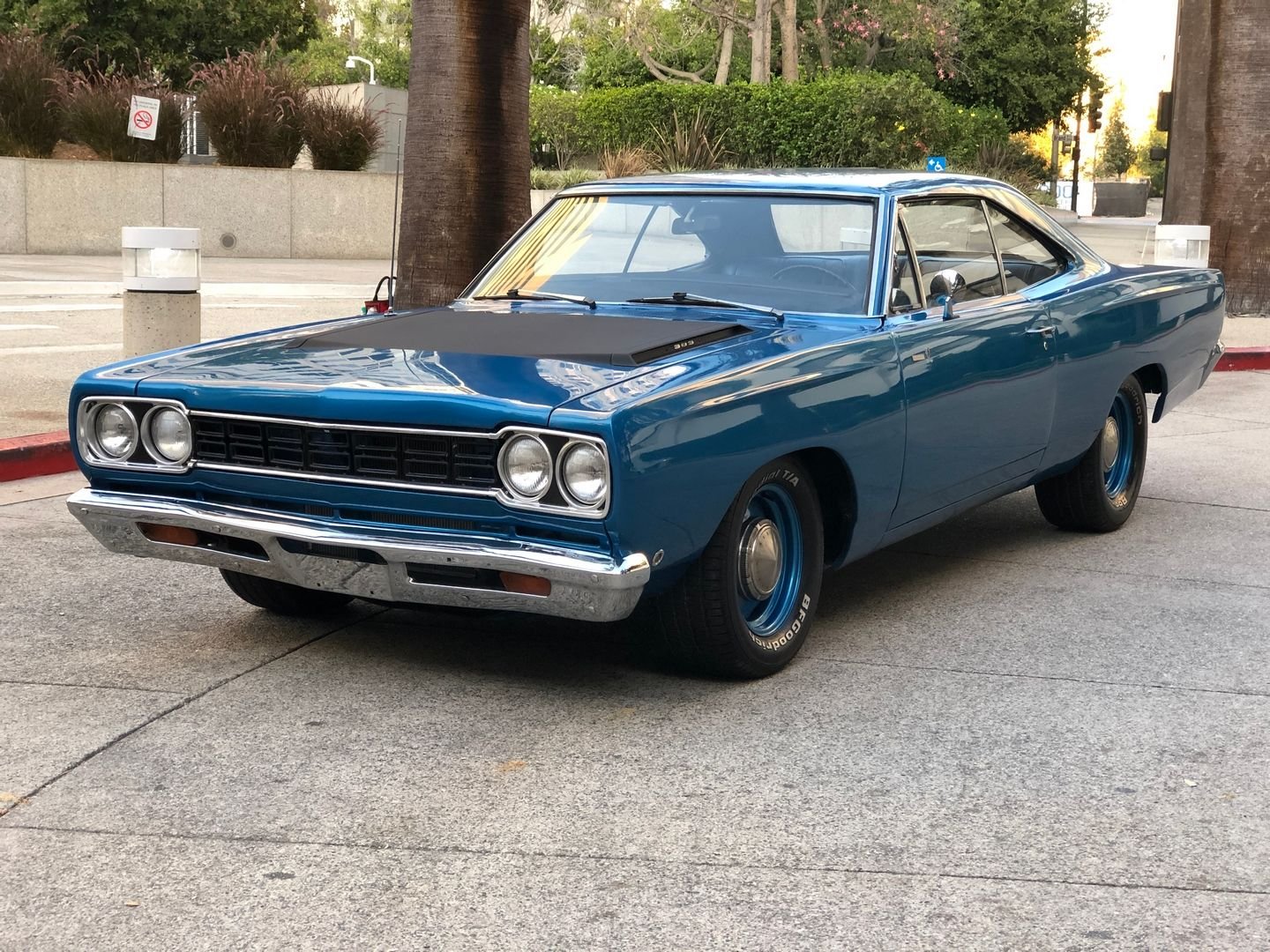 The Plymouth Road Runner is a mid-size car with a focus on performance built by Plymouth in the United States between 1968 and 1980. By 1968, some of the original muscle cars were moving away from their roots as relatively cheap, fast cars as they gained features and increased in price. Plymouth developed the Road Runner to market a lower priced, basic trim model to its upscale GTX.

The earliest of the 1968 models were available only as 2-door pillared coupes (with a B-pillar between the front and rear windows), but later in the model year a 2-door "hardtop" model (sans pillar) was offered. The Road Runner of 1968-1970 was based on the Belvedere, while the GTX was based on the Sport Satellite, a car with higher level trim and slight differences in the grilles and taillights.

The interior was spartan with a basic vinyl bench seat, lacking even carpets in early models, and few options were available — such as power steering and front disc brakes, AM radio, air conditioning (except with the 426 Hemi) and automatic transmission. A floor-mounted shifter (for the four-speed) featured only a rubber boot and no console so that a bench seat could be used.

The standard equipment transmission was a 4-speed manual transmission with floor shifter and the three-speed TorqueFlite automatic transmission was optional. Early four-speed 1968 Road Runners featured Inland shifters, which were replaced by Hurst shifters during the course of the model year.

Plymouth expected to sell about 20,000 units in 1968; actual sales numbered around 45,000. This placed the Road Runner third in sales among muscle cars with only the Pontiac GTO and Chevy's SS-396 Chevelle outselling it. Dodge debuted the Road Runner's cousin, the Super Bee, as a mid-1968 offering after seeing Plymouth's success with the Road Runner.