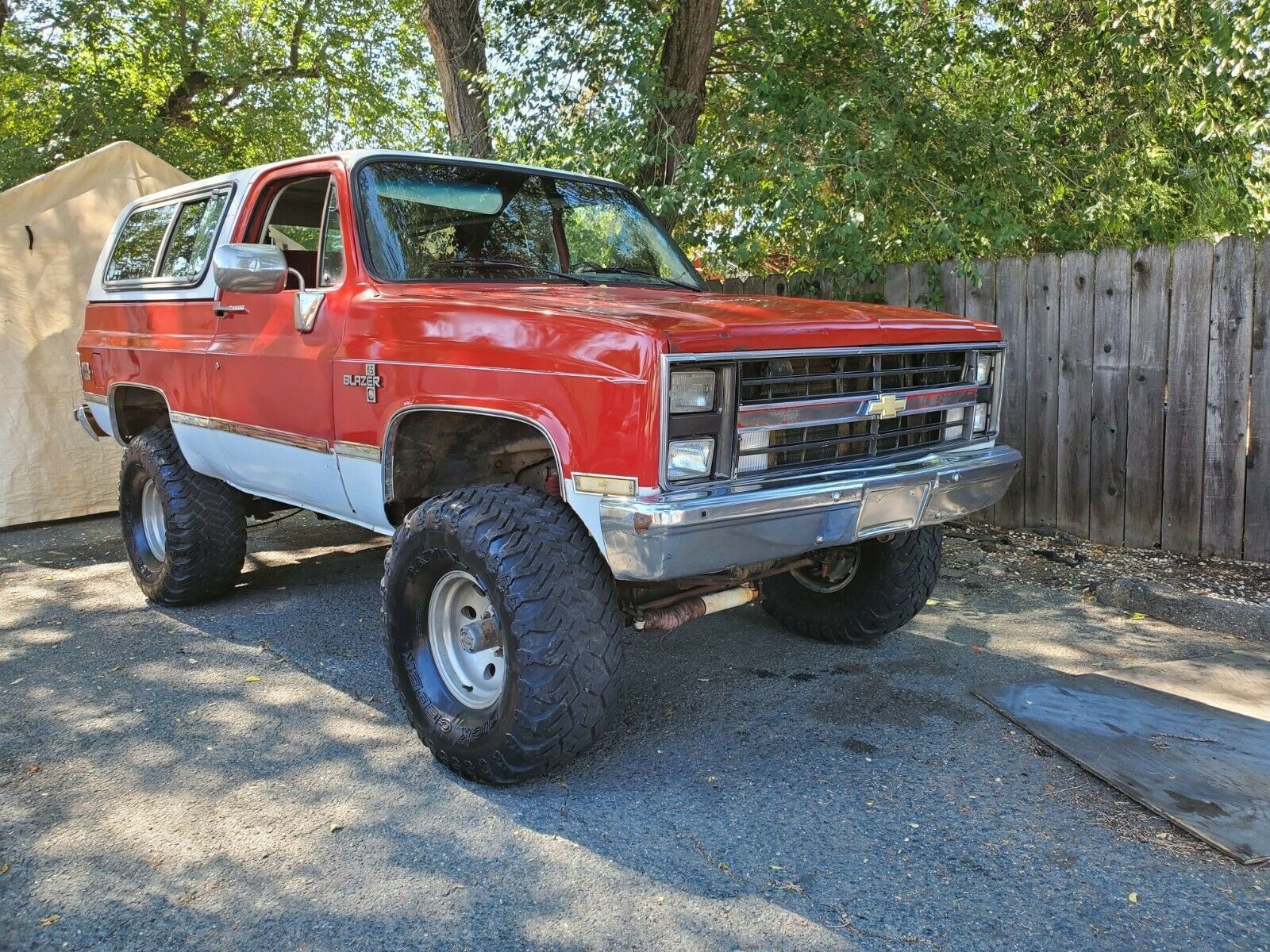 THIS 1985 CHEVROLET BLAZER K5 IS LOCATED IN: WILMINGTON, CA

The Chevrolet K5 Blazer is a full-size sport-utility vehicle that was built by General Motors. GM's smallest full-size SUV, it is part of the Chevrolet C/K truck family.

The second generation K5 models incorporated the rear hatch glass and tailgate into a single unit, which allowed the glass panel to retract inside of the tailgate by use of a manual crank mounted on the tailgate or an electric motor activated by a key-operated switch on the tailgate and a dash-mounted switch. The weight of the large glass panel was rumored to be a liability as the manual crank gears wore prematurely and the electric motor was prone to frequent overheating and subsequent failure This also included the electric motor drive cable which goes to the window regulator to the motor (similar in design to a speedometer cable), which usually would fail under heavy abuse. Another feature of the K5 Blazer tailgate was the safety switch connected to the electric motor which prevented the rear window from being raised if the tailgate was unlatched.