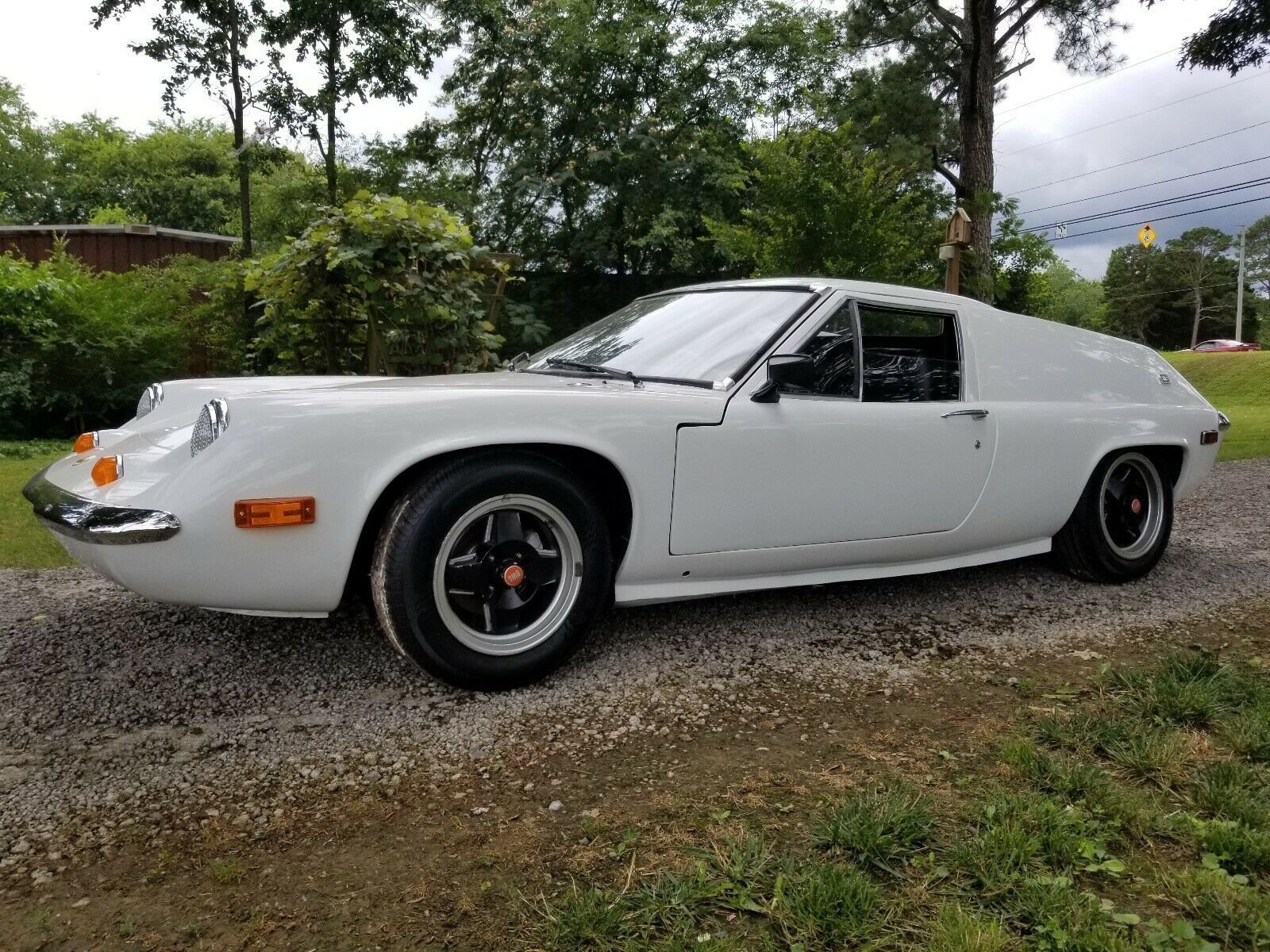 THIS 1971 LOTUS EUROPA S2 IS LOCATED IN: CARTERSVILLE, GA

The Lotus Europa name is used on two distinct mid-engine GT cars built by British automobile manufacturer Lotus Cars. The original Europa and its variants comprise the Lotus Types 46, 47, 54, 65 and 74, and were produced between 1966 and 1975.

By the mid-1960s, the mid-engine vehicle configuration was well-established as the optimal design for Grand Prix cars, however almost no road vehicles yet used this arrangement. Lotus planned the Europa to be a volume-produced, two-seater mid-engine sports coupe built to reasonable cost, quite an ambitious goal for the time. Like all Lotus vehicles of the era, the Europa was designed and built following Chapman's oft-stated philosophy of automotive design: "Simplify, then add lightness". To this end, a number of ingenious design approaches were made by Lotus to allow it to economically overcome the many challenges presented by the novel mid-engine arrangement.

Production of the original Lotus Europa ceased in 1975, with a total of 9,230 cars of all models having been built.

The Europa Series 2, or Lotus Type 54, was introduced in April 1968 (approximately chassis number 0645 onwards). The S2 used the same 1,470 cc Renault engine and mechanical components as the earlier Series 1, but added a number of key refinements including opening electric windows, adjustable seats, a new fully carpeted interior and a polished wooden fascia panel for the dashboard. The most significant change was the switch from fully bonded construction to the use of bolt fasteners to attach the fibreglass body to the backbone steel frame. While reducing the torsional and flexural stiffneses somewhat, the use of a separable body was welcomed by the automotive insurance industry as it greatly reduced the complexity and cost of making repairs to the vehicle.