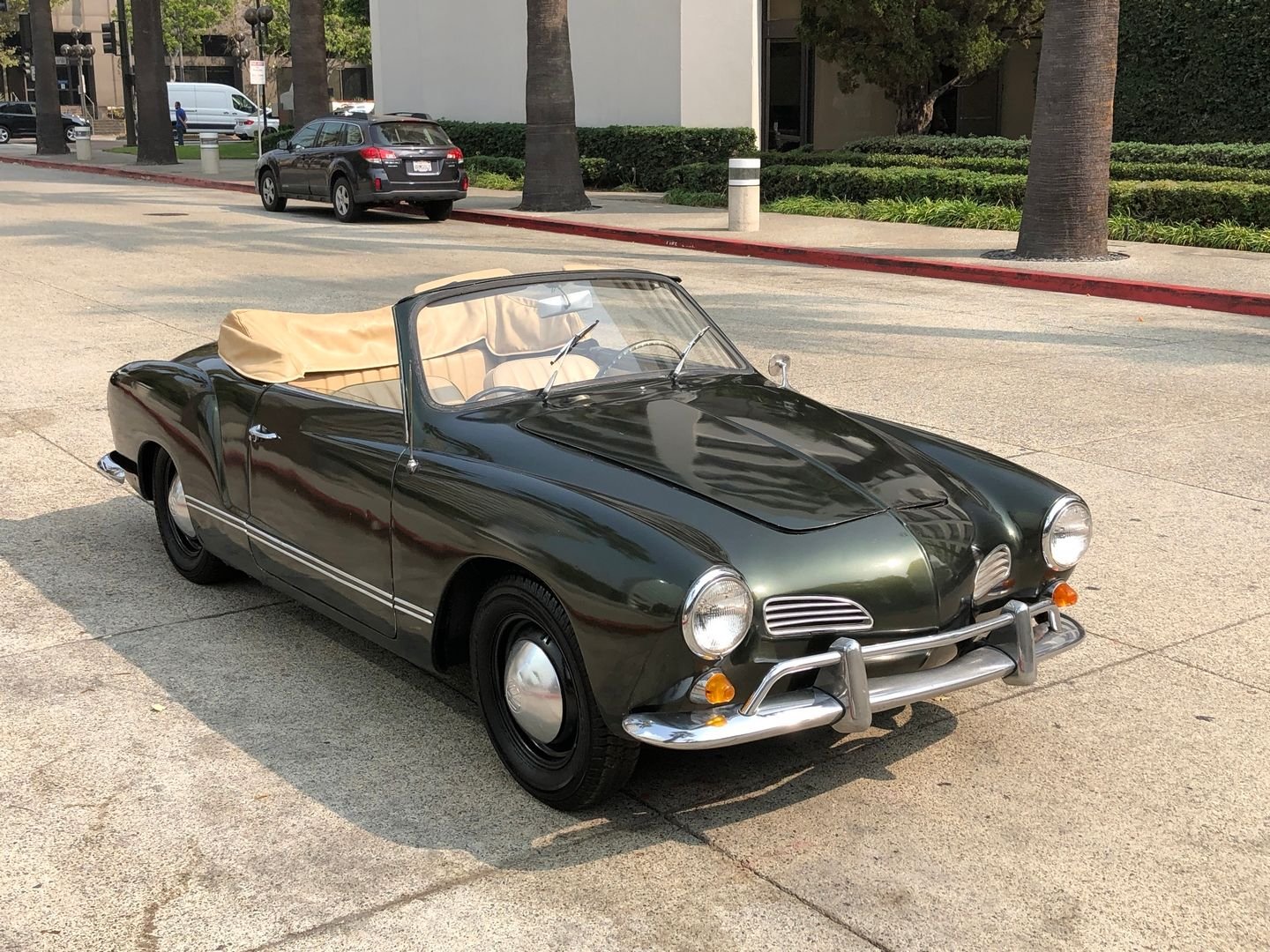 The Volkswagen Karmann Ghia is a sports car marketed in 2+2 coupe (1955–1974) and 2+2 convertible (1957–1974) body styles by Volkswagen. Internally designated the Type 14, the Karmann Ghia combined the chassis and mechanicals of the Type 1 (Beetle) with styling by Italy's Carrozzeria Ghia and hand-built bodywork by German coachbuilding house Karmann.

For its final model year, the vestigial rear seat was discontinued for North American models, as it lacked provisions for seat belts; all Karmann Ghias for 1974 were marketed strictly as two-seaters. From 1962-1969, Volkswagen marketed the Type 34, based on the Type 3 platform, featuring angular bodywork and mechanicals from said platform.

More than 445,000 Karmann Ghias were produced in Germany over the car's production life, not including the Type 34 variant. Volkswagen do Brasil produced 41,600 Type 34s in Brazil for South America between 1962 and 1975.

The design and prototype were well received by Volkswagen executives, and the Type 14 debuted at the October 1953 Paris Auto Show as a styling concept "by Ghia." In August 1955 the first Type 14 was manufactured in Osnabrück, Germany. Public reaction to the Type 14 exceeded expectations, and more than 10,000 were sold in the first year.

In contrast to the Beetle's machine-welded body with bolt-on fenders, the Karmann Ghia's body panels were butt-welded, hand-shaped, and smoothed with English pewter in a time-consuming process commensurate with higher-end manufacturers, resulting in the Karmann Ghia's higher price.

The Type 14 was marketed as a practical and stylish 2+2 rather than as a true sports car. As they shared engines, the Type 14's engine displacement grew concurrently with the Type 1 (Beetle), ultimately arriving at a displacement of 1584 cc, producing 61 PS (45 kW; 60 hp).

Production doubled soon after the Karmann Ghia's introduction, becoming the car most imported into the U.S.

In late 1974 the car was superseded by the Golf-based Scirocco.