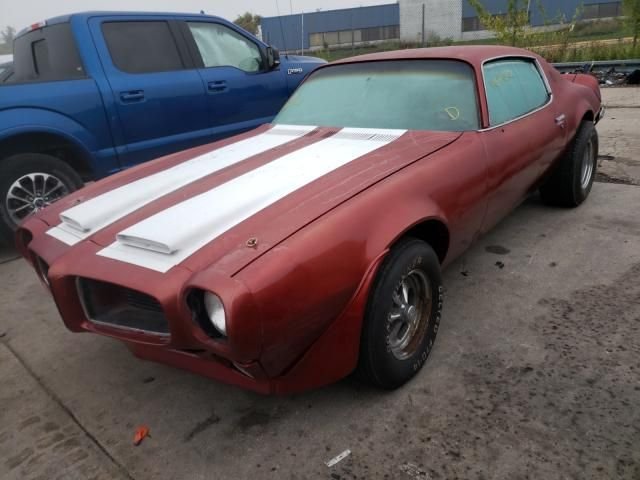 THIS 1973 PONTIAC FIREBIRD ESPIRT IS LOCATED IN: WOODHAVEN, MI

The Pontiac Firebird is an American automobile that was built and produced by Pontiac from the 1967 to 2002 model years. Designed as a pony car to compete with the Ford Mustang and Mercury Cougar, it was introduced on February 23, 1967, simultaneous with GM's Chevrolet division platform-sharing Camaro.

The second generation debut for the 1970 model year was delayed until February 26, 1970, because of tooling and engineering problems; thus, its popular designation as a 1970½ model, while leftover 1969s were listed in early Pontiac literature without a model-year identification. This generation of Firebirds were available in coupe form only; after the 1969 model year, convertibles were not available until 1989.