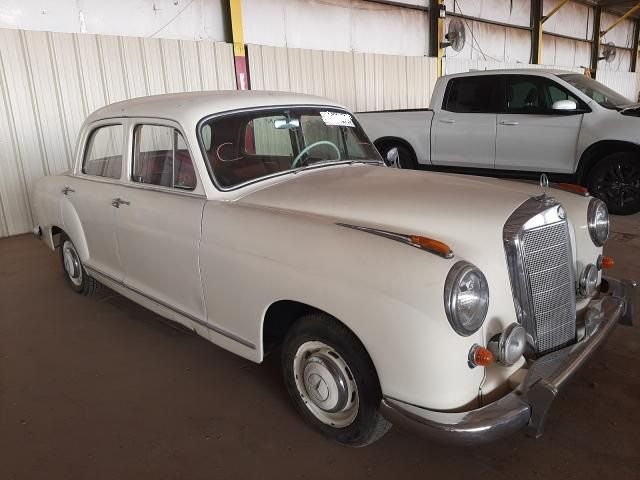 The Mercedes-Benz "Ponton" series are a range of sedans / saloon car models from Daimler-Benz, introduced starting in 1953, and nicknamed 'Ponton' (the German word for "pontoon"), referring to the visually distinct fenderline running back from the headlights down the length of the car, looking visually like pontoons on a seaplane, a postwar car design innovation also generally known as ponton styling (as distinct from older models with the hood, body, fenders and running boards all appearing as unique units, and from newer models without visually distinct fenders at all). This slab-sided appearance, along with the 3-box coachwork were considered the height of modern design in the 1950s. More profound than the visual changes, the Ponton models' construction introduced innovations that fundamentally improved automotive safety for passengers through better crash protection. Mercedes-Benz stretched the 'Ponton' saloons into a range that became the automaker's bulk production models until 1959, and the base Ponton is generally considered as the beginning of the lineage of the Mercedes E-class range.

The 'Ponton' saloons were the automaker's main production models until 1959, adding up to 80% of Mercedes-Benz car production between 1953 and 1959, with some models lasting until 1962. The range was succeeded by the range of "Heckflosse" or "Fintail" models. The base Pontons and their successors, through to the E-class range, also became an almost default make and model of taxi cabs in Germany and surrounding countries, in the second half of the 20th century.