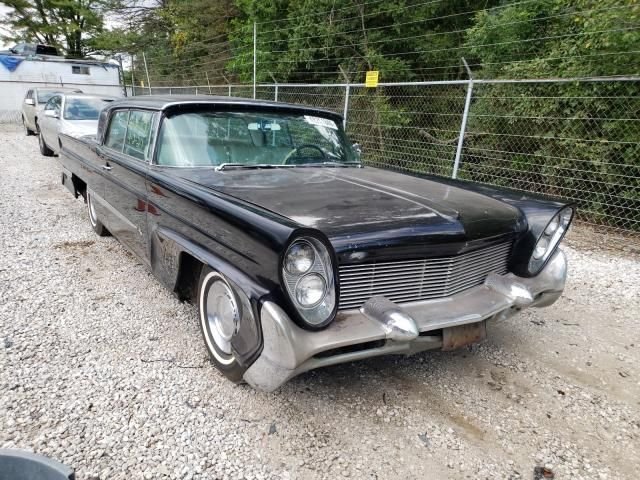 THIS 1958 LINCOLN PREMIERE IS LOCATED IN: NORTHFIELD, OH

The Lincoln Premiere was a luxury car model sold by Lincoln in the 1956 to 1960 model years. Positioned below the company's Continental Mark II during 1956–1957 and above the Capri it was based on from 1956–1959, it was produced in 2 and 4 door versions which could both accommodate up to six people. The Premiere sedan was the mid-level sedan under the Continental Mark III-V sedans, until it was replaced with the 1961 Continental sedan.

The 1958–60 Lincoln Premiere was truly hulking. One of the largest cars ever made regardless of platform, larger than contemporaneous Cadillac Sixty-Specials or Imperials. With awkwardly canted headlights and heavily scalloped fenders its styling was considered excessive even in a decade overcome with it.