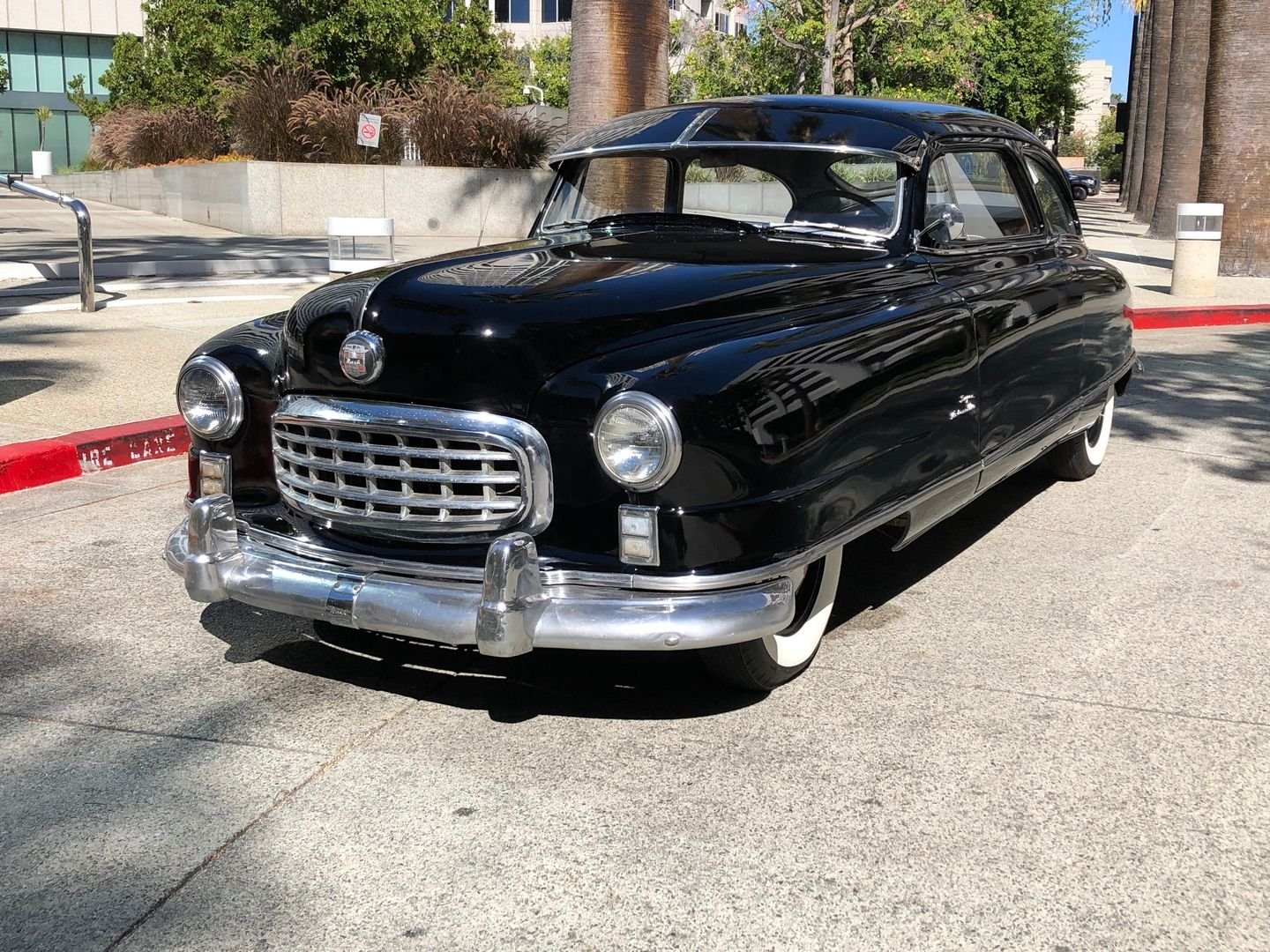 THIS 1950 NASH AMBASSADOR SUPER IS LOCATED IN: PHOENIX, AZ

• CLEAN TITLE
• THIS NASH AMBASSADOR SUPER HAS 87,099 MILES
• VERY ORIGINAL AND SOLID CAR
• I6 ENGINE
• 3 SPEED MANUAL TRANSMISSION WITH RARE OVERDRIVE OPTION
• THE DRIVE TRAIN HAS BEEN GONE THROUGH
• THE SEAT IS DESIGNED TO FOLD DOWN INTO A BED
• WHEELS WERE POWDER COATED BEFORE NEW TIRES WERE INSTALLED
• COMES WITH BOOKS AND SERVICE MANUAL
• WELL MAINTAINED, GARAGE KEPT
• RUNS AND DRIVES