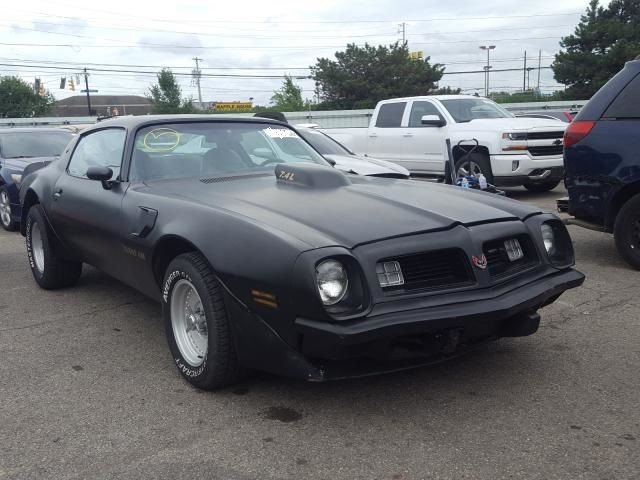 THIS 1975 PONTIAC TRANS AM IS LOCATED IN: MORAINE, OH

• CLEAN TITLE
• VERY CLEAN AND SOLID CAR
• PAINTED MATTE BLACK
• BLACK EXTERIOR AND INTERIOR
• 28,170 MILES
• 454 BIG BLOCK V8 ENGINE
• MANUAL TRANSMISSION
• BRAND NEW SPEC CLUTCH RATED AT 600HP
• INTERIOR IS EXTREMELY CLEAN AND HASN'T BEEN TAMPERED WITH MUCH IN ITS LIFE
• ALL GAUGES AND LIGHTS WORK AS THEY SHOULD
• BUSHINGS ARE ALL IN GOOD SHAPE
• VERY CLEAN SOUNDING WITH A NICE EXHAUST NOTE
• NO WEIRD NOISES AT ALL
• WELL MAINTAINED, GARAGE KEPT
• RUNS AND DRIVES