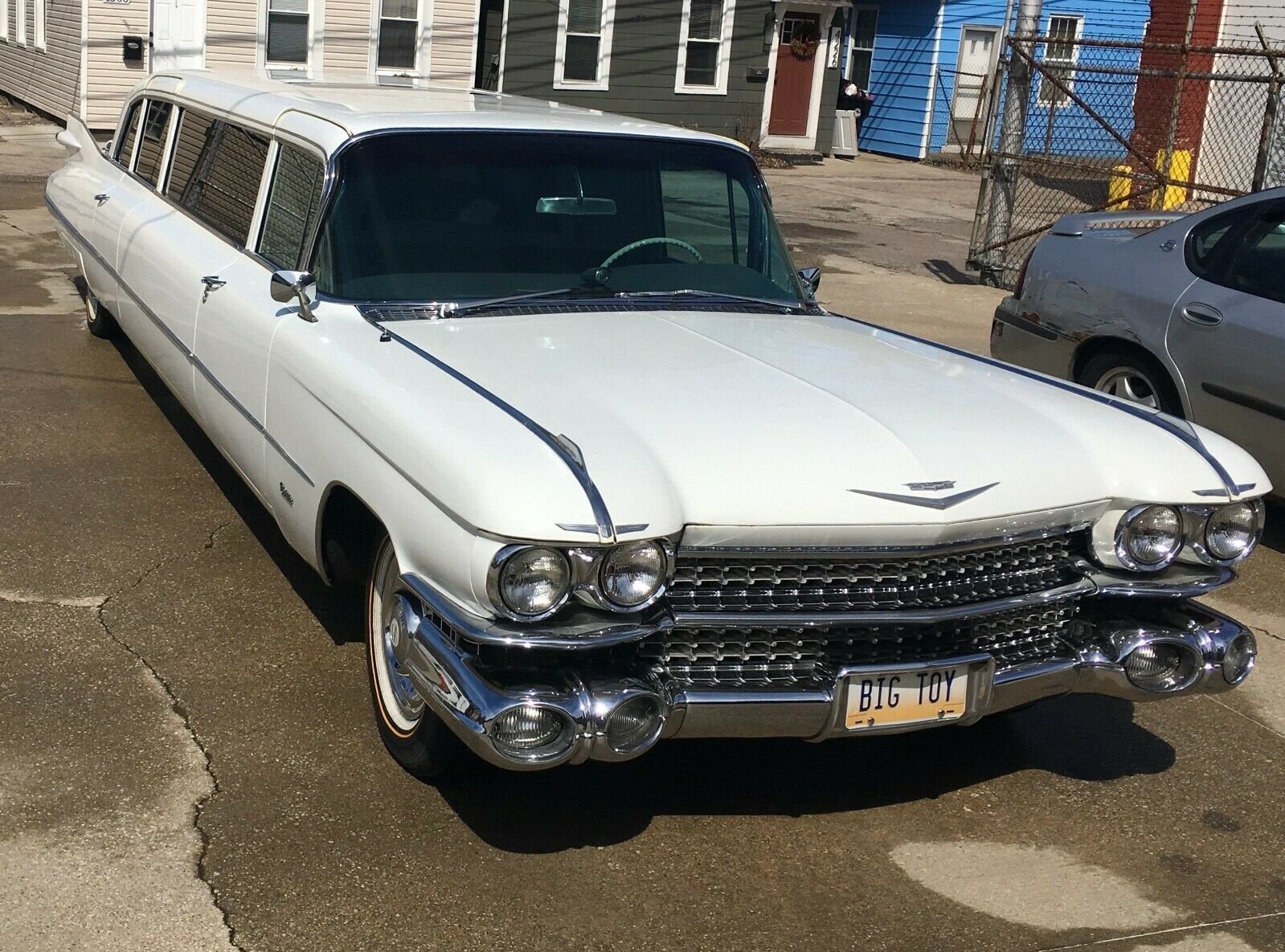 THIS 1959 CADILLAC FLEETWOOD 75 LIMOUSINE IS LOCATED IN: COLUMBIA STATION, OH

The 1959 Cadillac incorporated totally new styling with a large tailfin, twin bullet taillamps, new jewel-like grille patterns and matching deck-lid beauty panels personified these cars. The in-house code number for the model was changed from 7500 to 6700, in keeping with Cadillac's new numbering scheme, but the commercial name remained "Series Seventy-Five". Production models again were a nine-passenger sedan and Imperial limousine with auxiliary jump seats. The "Imperial" term was no longer used soon after Chrysler introduced their top-level luxury sedans and limousines with the Imperial in 1955.

• CLEAN TITLE
• VERY RARE AND CLEAN LIMOUSINE
• THIS CADILLAC FLEETWOOD HAS 67,171 MILES
• 390 V8 ENGINE
• AUTOMATIC TRANSMISSION, REBUILT LESS THAN 100 MILES AGO
• WHITE EXTERIOR WITH BLUE INTERIOR
• THIS IS A CROWD STOPPER AS THERE ARE LESS THAN A DOZEN OR SO OF THESE STRETCHED 1959 LIMOS
• OVER 26 FEET LONG
• WELL MAINTAINED, GARAGE KEPT
• COMES WITH A RECEIPT
• RUNS AND DRIVES