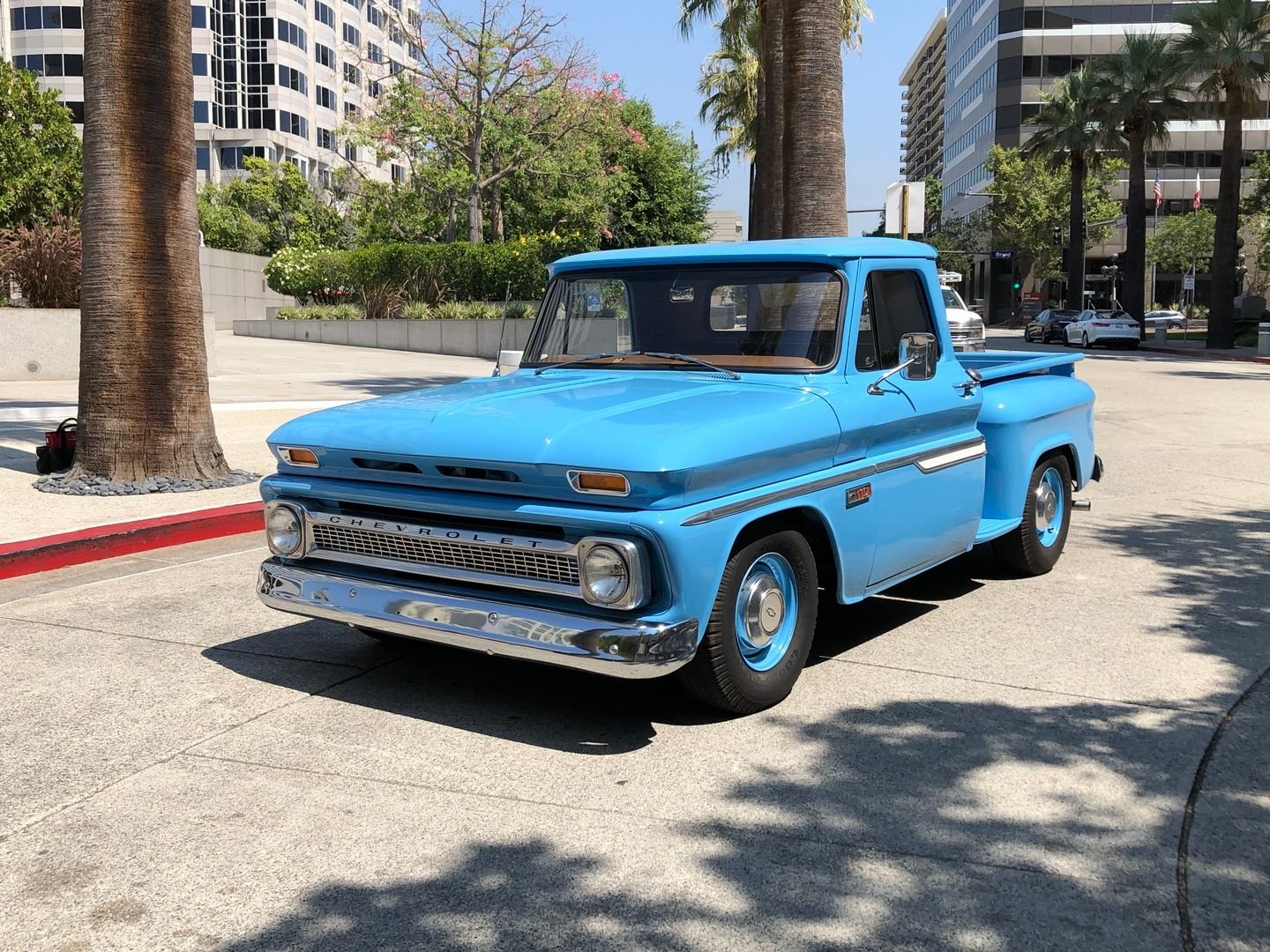 • CLEAN TITLE
• BODY OFF RESTORATION
• THIS CHEVROLET C10 HAS 24,393 MILES
• A SMALL BLOCK 350 V8 ENGINE SITS IN A NICELY DETAILED ENGINE BAY, MATED TO THE ORIGINAL 3 SPEED MANUAL COLUMN SHIFT TRANSMISSION AND ORIGINAL REAR-END
• SITTING ON ALL NEW BODY MOUNTS AND SUSPENSION COMPONENTS
• ALL STEERING, BRAKING AND SUSPENSION COMPONENTS WERE REPLACED DURING THE RESTORATION
• POWER STEERING AND FRONT DISK BRAKES MAKE IT A PLEASURE TO DRIVE
• EXHAUST EXITS THROUGH A NEATLY INSTALLED 2" DUAL EXHAUST WITH A QUIET RUMBLE
• FRAME COMPLETELY DISASSEMBLED, SANDBLASTED AND PAINTED
• FINISHED IN THE ORIGINAL LIGHT BLUE, THE BASE COAT/CLEAR COAT PAINT HAS A BEAUTIFUL LUSTER AND SHOWS GREAT
• GORGEOUS CHROME AND BRIGHT WORK
• WELL MAINTAINED, GARAGE KEPT
• RUNS AND DRIVES