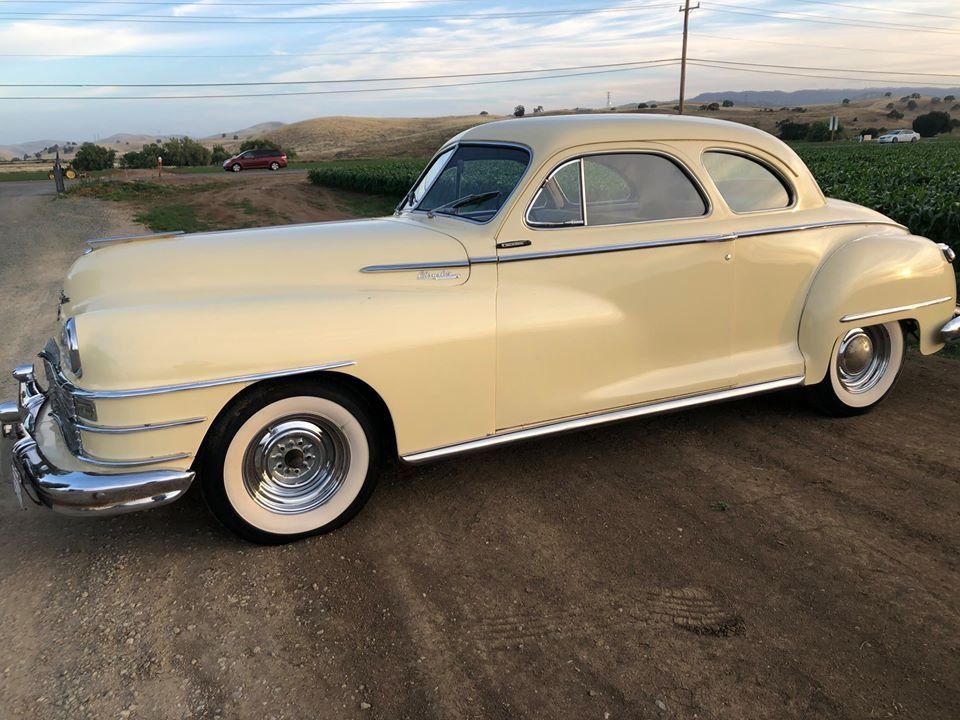 THIS 1946 CHRYSLER WINDSOR IS LOCATED IN: VALLEJO, CA

After the war, the Windsor was put back into production. It was similar to the 1942 models. New things included a handbrake warning signal that warned that the handbrake was not fully released, and a new grille. Tank capacity was 17USgallons. There was full instrumentation.