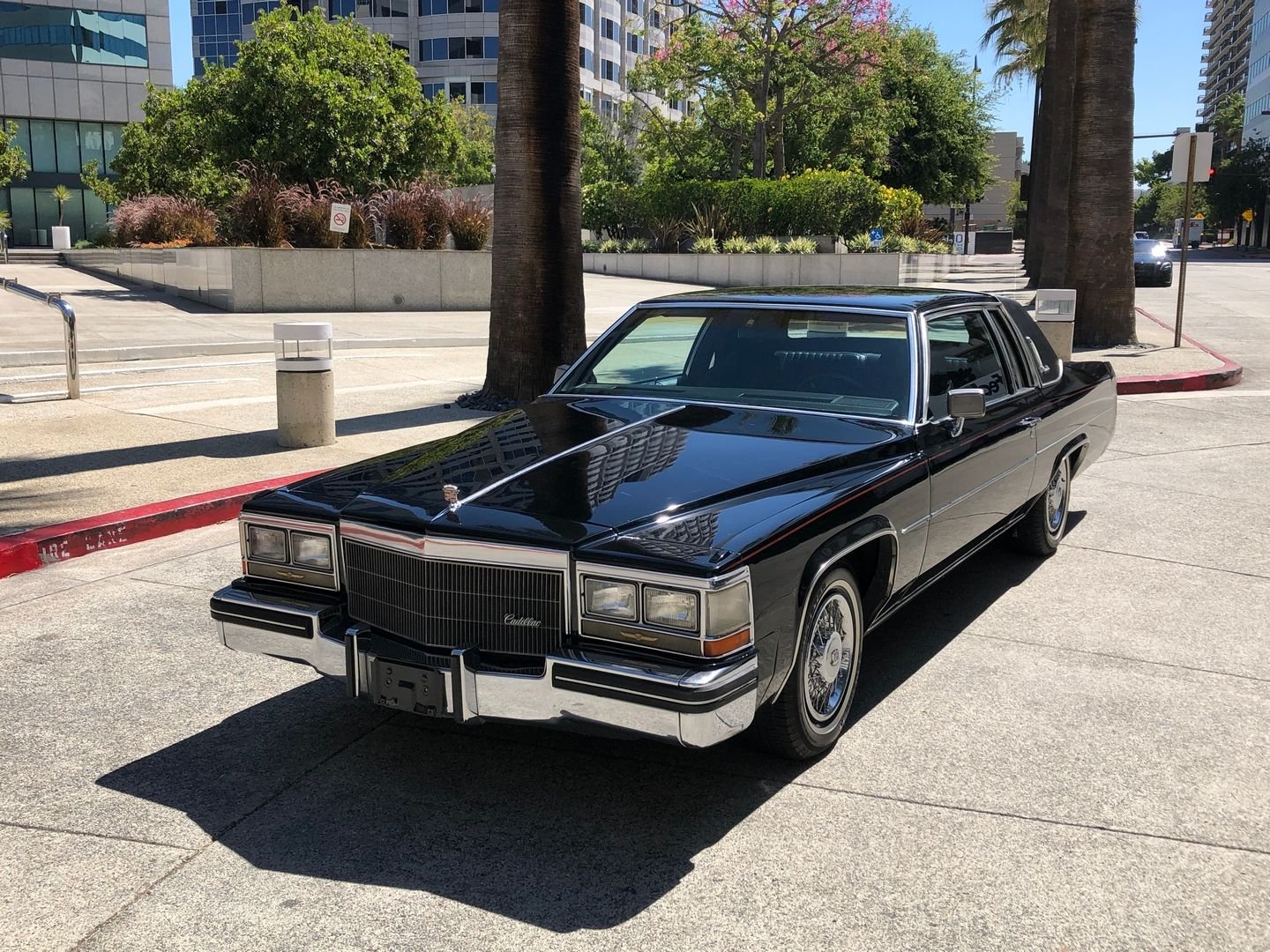 Because of a delay in production of the new front-drive DeVilles (which were now going to be 1985 models), 1984 was a rerun for the rear-wheel-drive Coupe de Ville ($17,140) and its four-door companion, the popular Sedan de Ville ($17,625). It would also be the last time DeVille used the "V" emblem below the Cadillac crest, as 1985 models and on would use the crest and wreath emblem - formerly a Fleetwood exclusive. Minor changes included new body-color side moldings and a revised exhaust system with a revamped catalytic converter. The diesel V8 was now available at no additional charge. While the optional d'Elegance package remained at $1,150, the Cabriolet option for Coupe de Ville went up to $420. For 1984, sales figures show a total four-door production of 107,920 units, and an additional 50,840 two-door units (figures include de Ville and Fleetwood models). The new front-drive 1985 Coupe de Ville and Sedan de Ville arrived in Cadillac showrooms during the Spring of 1984, about six months earlier than most new-car introductions, so both the 1984 rear-drive and 1985 front-drive models were selling and being produced (due to separate assembly plants) at the same time for nearly half a year.