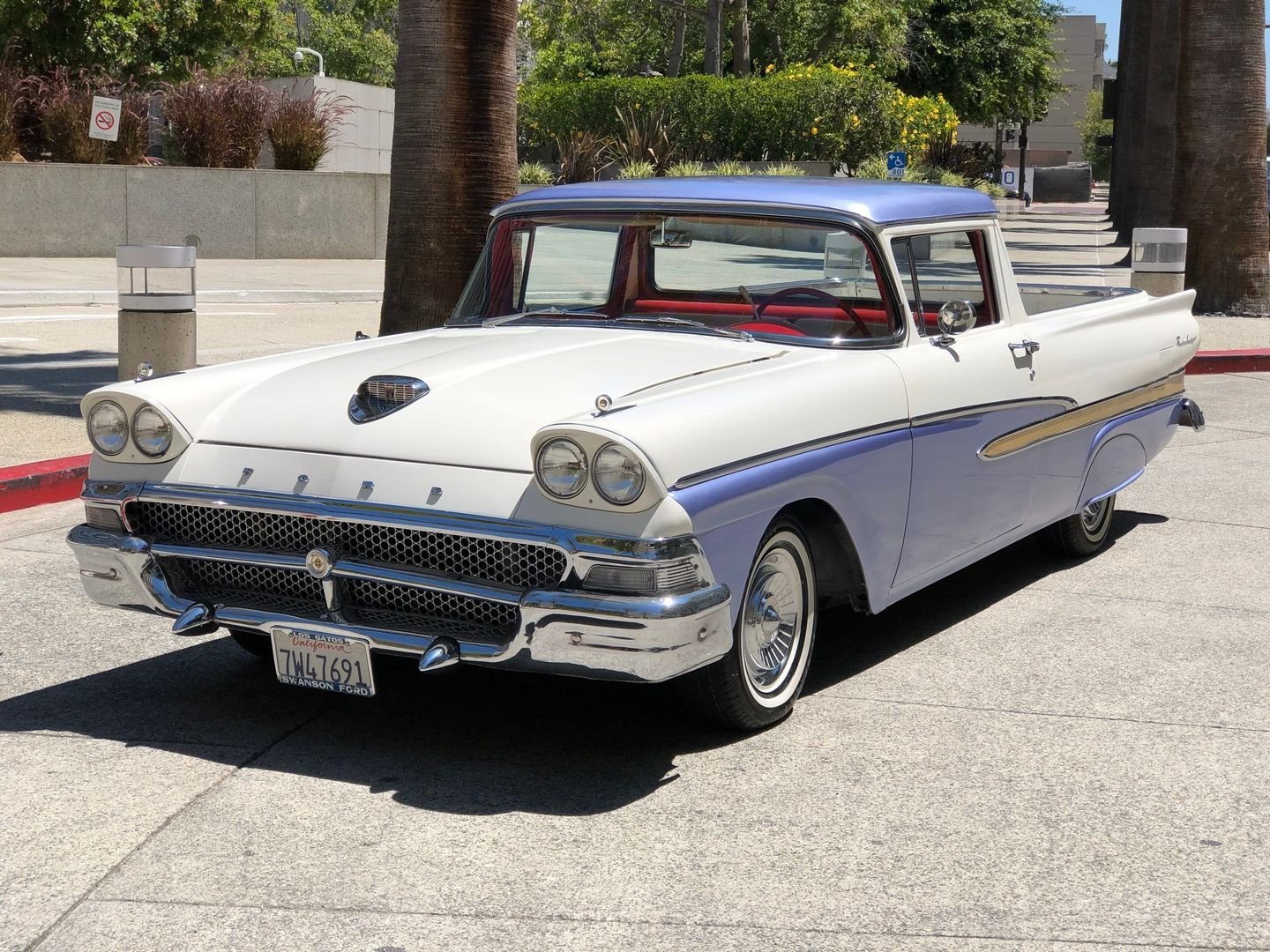 The Ford Ranchero is a Pickup /coupe utility that was produced by Ford between 1957 and 1979. Unlike a standard pickup truck, the Ranchero was adapted from a two-door station wagon platform that integrated the cab and cargo bed into the body. A total of 508,355 units were produced during the model's production run. Over its lifespan it was variously derived from full-sized, compact, and intermediate automobiles sold by Ford for the North American market.

The 1958 version remained largely unchanged under the skin save for the new front sheet metal (shared by the big '58 Ford and inspired by the Thunderbird) and its new four-headlamp arrangement.