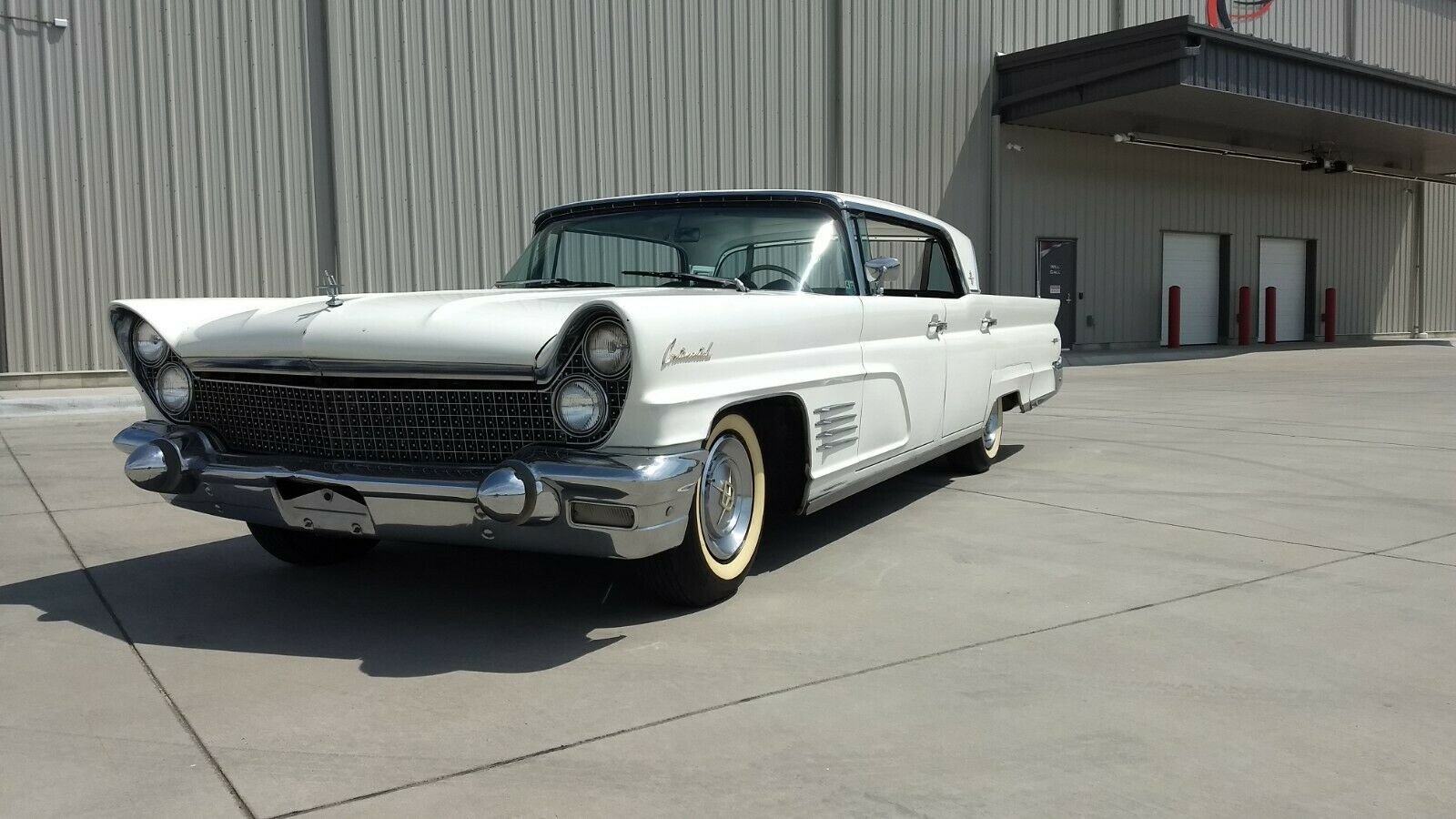 THIS 1960 LINCOLN CONTINENTAL MARK V IS LOCATED IN: COLUMBIA, MO

The Lincoln Mark series is a series of personal luxury cars that was produced by Ford Motor Company. The nomenclature was launched in 1956, as the 1939-1948 Lincoln Continental was succeeded by the Continental Mark II. From 1958 to 1960, the Mark III, IV and V were marketed by Mercury-Edsel-Lincoln (M-E-L) Division. Following a hiatus, the Mark series was relaunched in 1968 by Lincoln-Mercury; six further generations were produced through 1998.

For 1960, the Mark V was given a minor styling update, with a larger grille and new "dagmar bumpers".

The 1959 Mark IV and 1960 Mark V Limousines and Town Cars are the heaviest American standard-wheelbase sedans built since World War II. 1960 is the only model year that a Mark series vehicle is mentioned as a Lincoln Continental Mark V in brochures and advertising.