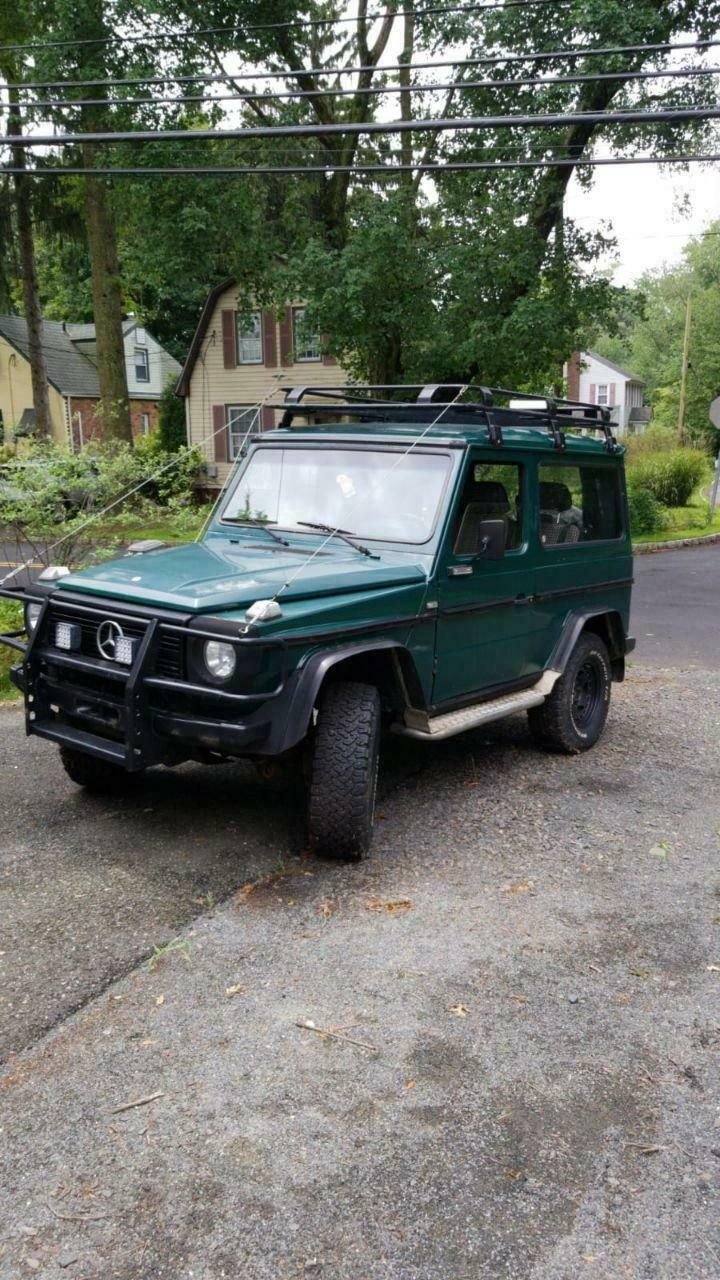 The Mercedes-Benz G-Class, sometimes called G-Wagen (short for Geländewagen, "terrain vehicle"), is a mid-size four-wheel drive luxury SUV manufactured by Magna Steyr (formerly Steyr-Daimler-Puch) in Austria and sold by Mercedes-Benz. In certain markets, it has been sold under the Puch name as Puch G.

W460 was introduced at a press event held at the off-road proving ground in Toulon, France. W460 went on sale in September 1979 with three engine choices and five body variants. Over the decade, the engine and transmission choices were expanded or updated along with more and more optional extra cost creature comforts (air conditioning, automatic transmission, power windows, etc.).

G-Wagen gained the global fame in 1980 when Mercedes-Benz built a Popemobile based on 230 G cabriolet during the first visit of Pope John Paul II in Germany.

Mercedes-Benz never exported G-Wagen officially to the United States because it was considered more of utilitian vehicle and didn't fit the American perception of what Mercedes-Benz was. During the 1980s, the grey import specialists brought W460 to the United States and modified them to meet the US regulations. In 1988, the new federal law, Motor Vehicle Safety Compliance Act, closed the loopholes and tightened up the regulations for grey imports, making it more difficult and more expensive for the registered importers to federalise W460 in a very small number. The other issue was severely underpowered engines in 230 GE, 280 GE, and 300 GD might not appeal to the Americans as it was the case with Mercedes-Benz 380 SEL in the early 1980s.