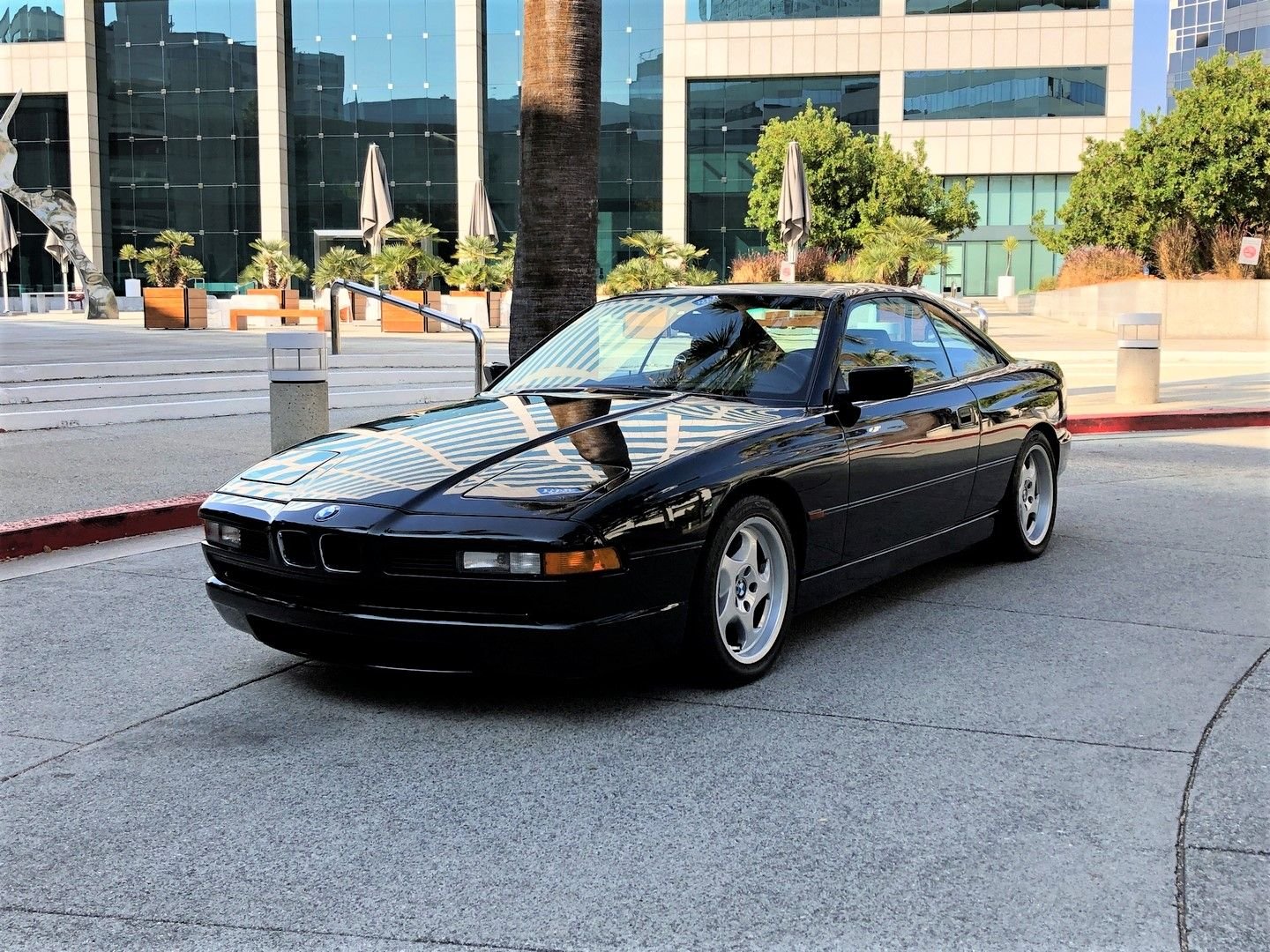 The BMW E31 is the first generation of the BMW 8 Series. It is a grand tourer built by BMW from 1990 to 1999 powered by either a V8 or V12 engine. While it did supplant the original E24 based 6 Series in 1990, a common misconception is that the 8 Series was developed as a successor. It was actually in an entirely new model class aimed at a different market, with a substantially higher price and performance than the 6 Series.

The 850CSi's modified suspension included, stiffer springs and dampers that reduced the car's ride height. The recirculating ball steering ratio was dropped 15% over the standard E31 setup. The model also sported staggered throwing star wheels. The front and rear bumpers were reshaped for improved aerodynamic performance. Four round stainless steel exhaust tips replaced the square tips found on other models. The 6-speed manual gearbox was the only transmission option.

Production ended in late 1996 because the S70 engine could not be modified to comply with new emission regulations without substantial re-engineering.

1994 BMW 850CSI - 1 OF 225 MADE FOR THE US MARKET
BLACK ON BLACK IN EXCELLENT CONDITION
CLEAN CALIFORNIA TITLE IN HAND
• 74,515 MILES
• V 12 ENGINE
• 6 SPEED MANUAL TRANSMISSION
• NEW STEERING PUMP AND CLUTCH
• REGULARLY SERVICED AND DOES NOT NEED ANYTHING
• WELL MAINTAINED, GARAGE KEPT
• RUNS AND DRIVES GREAT