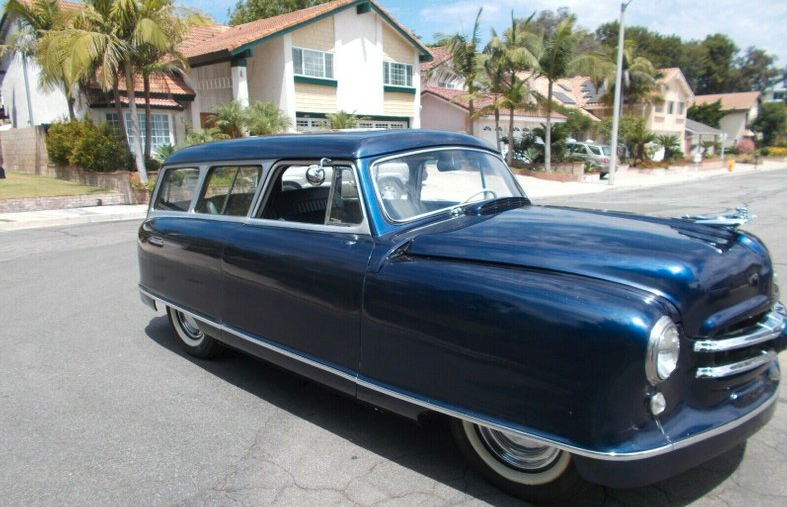 The Nash Rambler is a North American automobile that was produced by the Nash Motors division of Nash-Kelvinator Corporation from 1950 to 1954 in sedan, wagon, and fixed-profile convertible body styles.

The Nash Rambler established a new segment in the automobile market and is widely acknowledged to be the first successful modern American compact car.

The 1950–1955 Nash Rambler was the first model run for this platform. Using the same tooling, AMC reintroduced an almost identical "new" 1958 Rambler American for a second model run. This was a rare feat of having two distinct and successful model runs, an almost unheard of phenomenon in automobile history.

In 1951, the Nash Rambler line was enlarged to include a two-door station wagon and a two-door pillarless hardtop — designated the Country Club. Both the hardtop and convertible models included additional safety features.