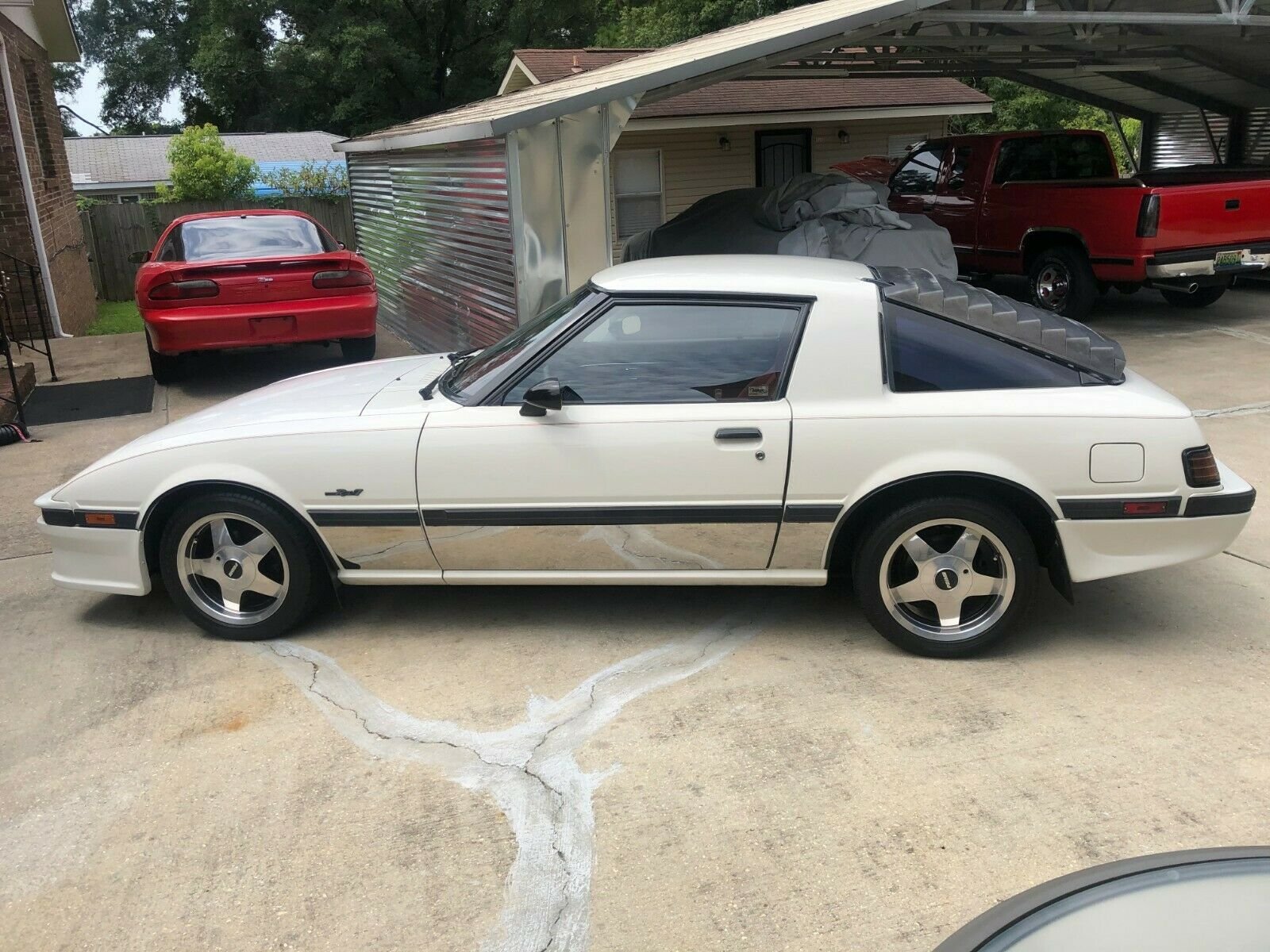 The Mazda RX-7 is a front/mid-engine, rear-wheel-drive, rotary engine-powered sports car that was manufactured and marketed by Mazda from 1978 to 2002 across three generations, all of which made use of a compact, lightweight Wankel rotary engine.

The first generation of the RX-7, SA, was a two-seater coupé. It featured a 12A carbureted rotary engine as well as the option for a 13B with electronic fuel injection in later years.

The Series 3 (produced 1984–1985) featured an updated lower front fascia. North American models received a different instrument cluster. GSL package was continued into this series, but Mazda introduced the GSL-SE sub-model. The GSL-SE had a fuel injected 1,308 cc (1.3 L) 13B RE-EGI engine rated at 135 hp (101 kW) and 133 lb⋅ft (180 N⋅m). GSL-SE models had much the same options as the GSL (clutch-type rear LSD and rear disc brakes), but the brake rotors were larger, allowing Mazda to use the more common lug nuts (versus bolts), and a new bolt pattern of 4x114.3mm (4x4.5"). Also, they had upgraded suspension with stiffer springs and shocks. The external oil cooler was reintroduced, after being dropped in the 1983 model-year for the controversial "beehive" water-oil heat exchanger.

In 1985, Mazda introduced the RX-7 Finale in Australia. This was the last of the series and brought out in limited numbers. The Finale featured power options and a brass plaque mentioning the number the car was as well as "Last of a legend" on the plaque. The finale had special stickers and a blacked out section between the window & rear hatch.