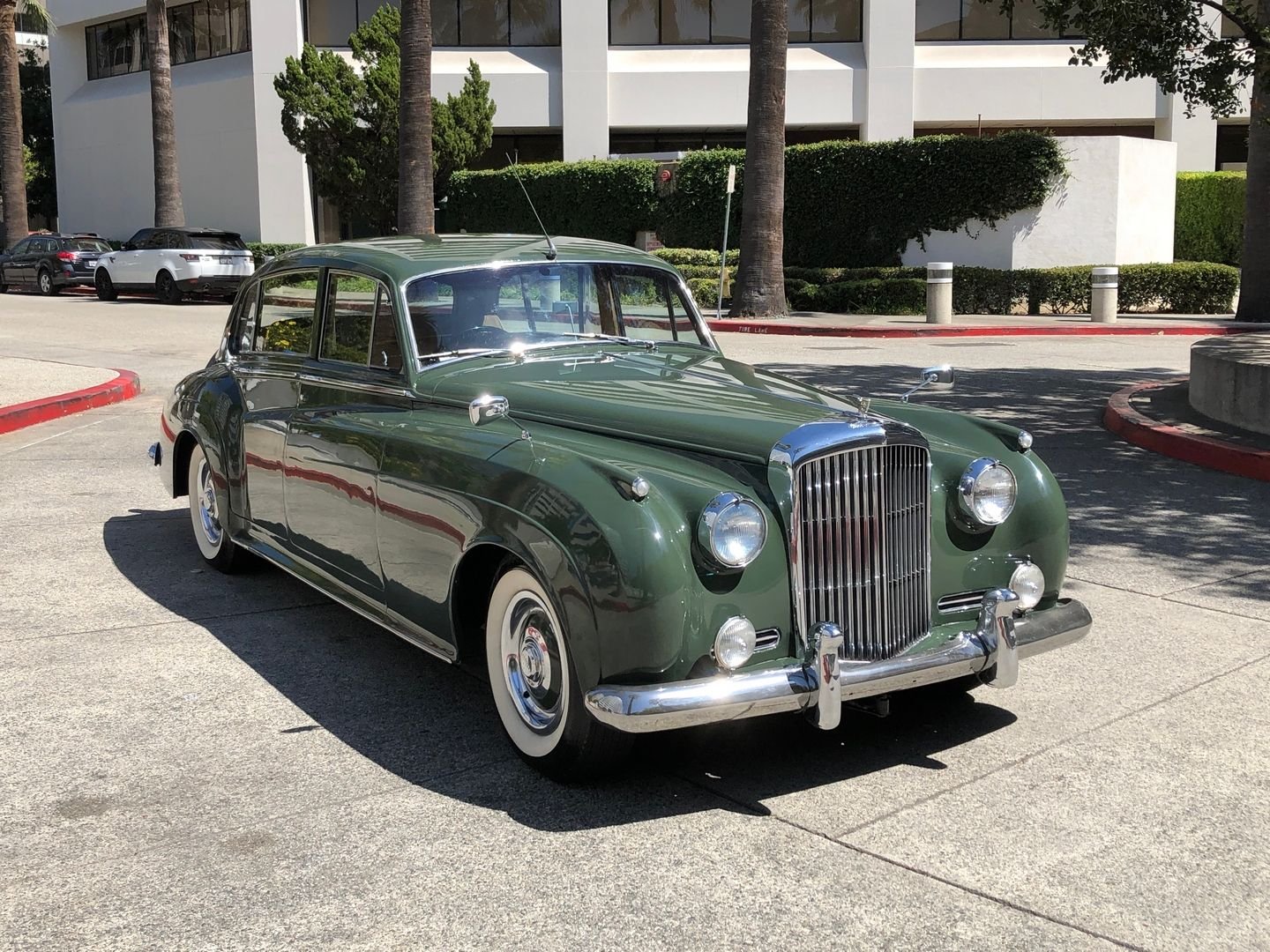 The Bentley S1 (originally simply "Bentley S") was a luxury car produced by Bentley Motors Limited from 1955 until 1959. The S1 was derived from Rolls-Royce's complete redesign of its standard production car after World War II, the Silver Cloud. Each was its maker's last standard production car with an independent chassis. The S-series Bentley was given the Rolls-Royce - Bentley L Series V8 engine in late 1959 and named the S2. Twin headlamps and a facelift to the front arrived in late 1962, resulting in the S3. In late 1965 the S3 was replaced by the new unitary construction Rolls-Royce Silver Shadow-derived T series.