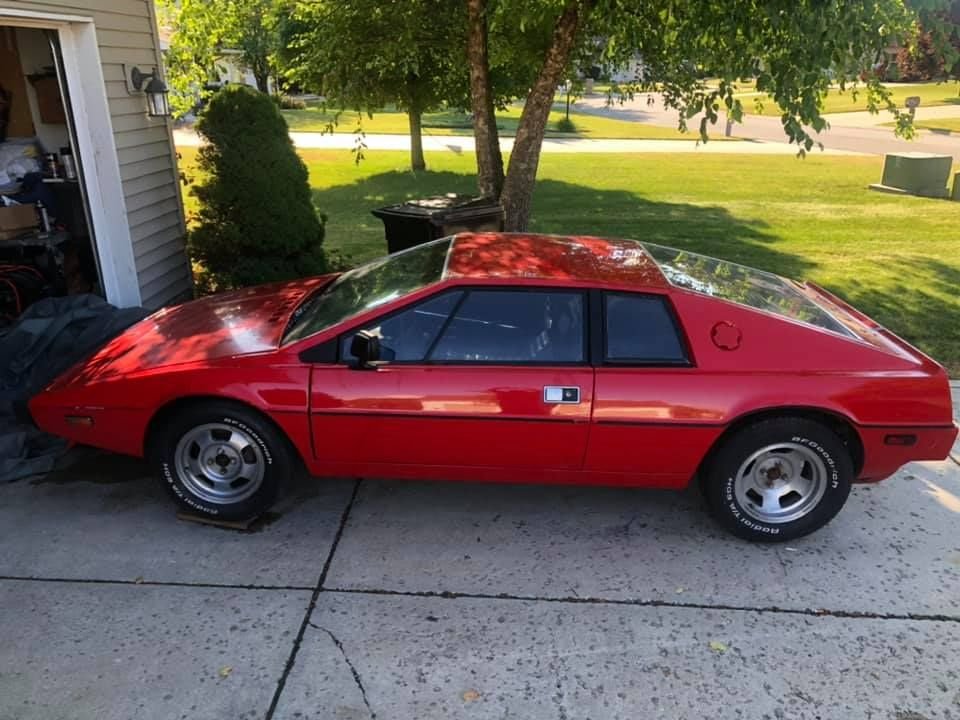 The Lotus Esprit is a sports car that was built by Lotus Cars at their Hethel factory in the United Kingdom between 1976 and 2004. It was among the first of designer Giorgetto Giugiaro's polygonal "folded paper" designs.

The Esprit was launched in October 1975 at the Paris Motor Show and entered production in June 1976, replacing the Europa in the Lotus model lineup. These first cars became known as "Series 1" (or S1) Esprits. The wedge-shaped fibreglass body was mounted on a steel backbone chassis. Power was from the 1,973 cc (120.4 cu in) Lotus 907 4-cylinder engine that was rated at 162 PS (119 kW; 160 hp) in European trim and 140 hp (104 kW; 142 PS) in US/Federal trim. The engine was mounted longitudinally behind the passengers and drove the rear wheels through a Citroën C35 5-speed manual transaxle also used in the SM and Maserati Merak. Rear brakes were mounted inboard, following contemporary racing practice. The Series 1 embodied Lotus' performance through light weight mantra, weighing less than 1,000 kg (2,205 lb).

• CLEAN TITLE
• ODOMETER SHOWS 14,275 MILES, THIS LOTUS ESPRIT • S1 HAS 114,275 MILES
• 4CYL ENGINE
• MANUAL TRANSMISSION
• RED EXTERIOR WITH BLACK INTERIOR
• EVERYTHING ON THIS CAR IS ORIGINAL TO INCLUDE THE WHEELS
• THE TAPES ARE FOR THE HOOD AND THE TRUNK TO BE TIGHTLY CLOSED
• WELL MAINTAINED, GARAGE KEPT
• NOT RUNNING DUE TO SITTING FOR A FEW YEARS, THE ENGINE IS FREE