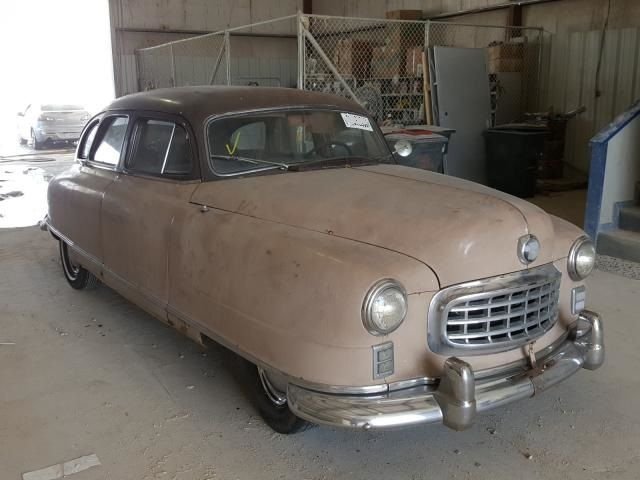 THIS 1950 NASH STATESMAN CUSTOM IS LOCATED IN: SAN ANTONIO, TX

The Nash Statesman is a full-sized automobile that was built by Nash Motors for the 1950–1956 model years. The Statesman was the mid-level product of Nash Motors' automobile series and was positioned below the top-line Nash Ambassador, but above the Nash Rambler.

Nash developed its post–World War II automobiles using an advanced unit-body construction with fastback aerodynamic styling under the Airflyte name, reflecting a popular styling trend in the 1950s. The cars were available as a two- or four-door sedan. A distinguishing feature of all Nashes are the "skirted" fenders. Although the turning circle could be compromised, the front track is narrower by nearly three inches: the front is just under 55 in (1,397 mm) while the rear track is 60.5 in (1,537 mm). The base Nash 600 was renamed Nash Statesman for the 1950 model year.

Nash Statesman models were offered in three sub-series—the top-line Statesman Custom and the entry-level Statesman Super and also a base fleet-only model built for commercial and institutional use.