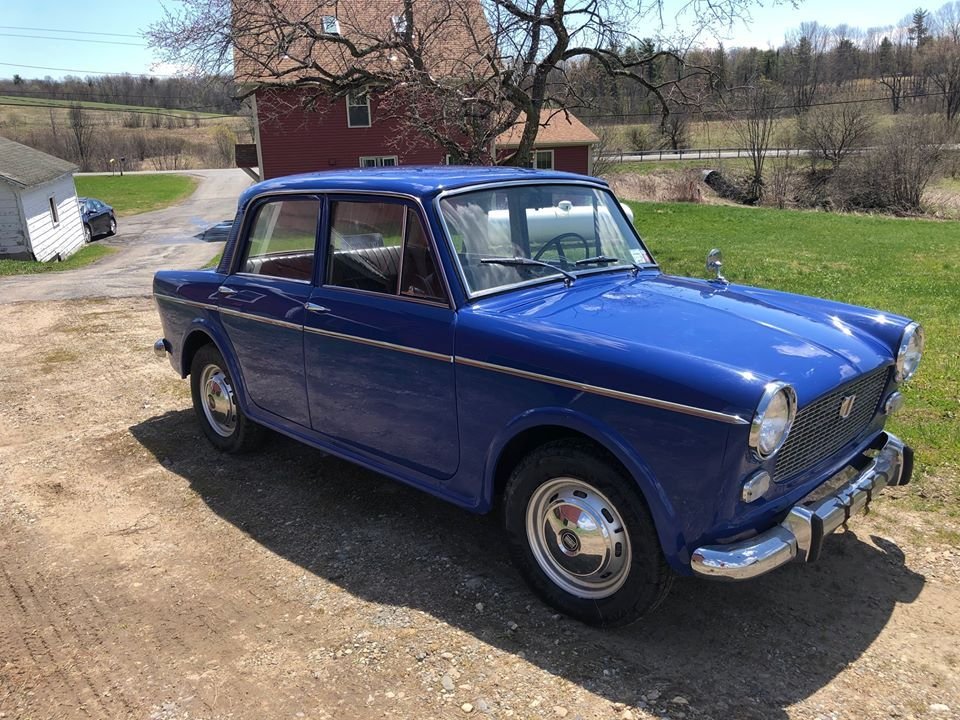 The Fiat 1100 is a small family car produced from 1953 to 1969 by the Italian manufacturer Fiat. It was an all-new unibody replacement for the Fiat 1100 E, which descended from the pre-war, body-on-frame Fiat 508 C Balilla 1100. The 1100 was changed steadily and gradually until being replaced by the new Fiat 128 in 1969. There were also a series of light commercial versions of the 1100 built, with later models called the Fiat 1100T, which remained in production until 1971. The Fiat 1100 D also found a long life in India, where Premier Automobiles continued to build the car until the end of 2000.

Retaining the exterior changes of this model, in 1962 Fiat introduced the third generation 1100, called the 1100 D. It was a sober yet comfortable four-door sedan, very similar to the Granluce but with simpler sides and a new simpler rectangular front end. The 1100 D was a successful Italian Standard in the early sixties and along with its own Estate or Family car version and a Deluxe model that offered a higher performance of 50 PS (37 kW), extra side moldings, front bench seat with two reclining backs and carpet floor mats. These survived without any substantial alteration until 1966, when the introduction of the groundbreaking 124 model imposed a further change in styling. Power was 40 PS (29 kW) at the time of introduction, which was soon increased to 43 PS (32 kW).