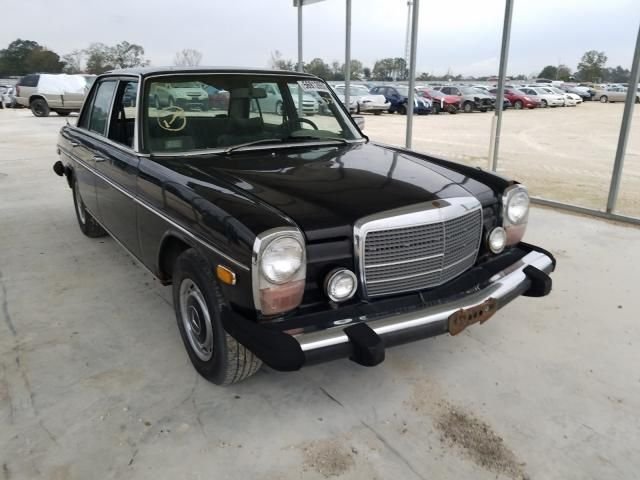 At the time Mercedes introduced the W114/115 in 1968, they marketed sedans in two size classes (W114/W115 and S-Class) and marketed the W114/115 range as New Generation Models,[4] ultimately the only model of the new generation. Mercedes used a '/8' on the W114/115 ID plates, indicating their 1968 launch year, giving rise to their '/8' or 'slash eight' nicknames — and the German nickname Strich Acht, loosely translated into English as stroke eight.

• VERY COMPLETE CAR
• THIS MERCEDES-BENZ 240D HAS 71,707 MILES
• 4 CYL. DIESEL ENGINE
• MANUAL TRANSMSSION
• WITH THE BATTERY CONNECTED, EVERYTHING SEEMS TO LIGHT UP
• THE DRIVERS DOOR PANEL IS OFF, BUT IT IS INCLUDED
• GARAGE KEPT
• NOT RUNNING DUE TO SITTING FOR A FEW YEARS