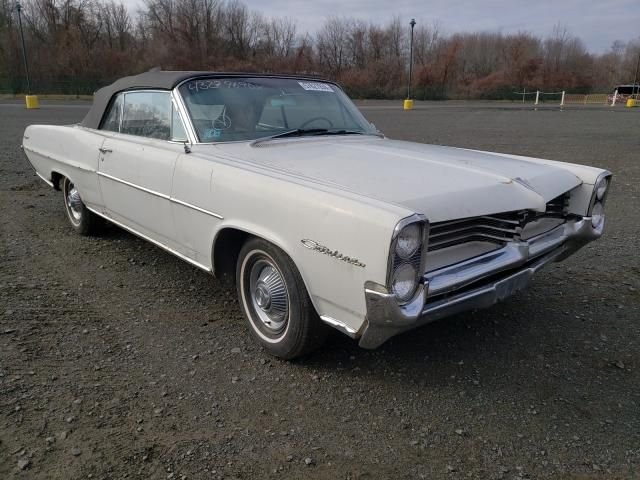 The Pontiac Catalina is an automobile which was part of Pontiac's full-sized line from 1950 to 1981. Initially, the name was used strictly to denote hardtop body styles, first appearing in the 1950 Chieftain Eight and DeLuxe Eight lines. In 1959, the Catalina became a separate model, as the "entry-level" full-size Pontiac

In 1964, even Pontiac's mid-priced rivals within General Motors responded to the Catalina's success in the marketplace as well as to capture Chevy Impala owners "trading up" to cars from upscale GM divisions. Buick took its lowest-priced big car, the LeSabre, and lowered the base sticker price further by substituting a smaller 300 cu in (4.9 L) V8 engine and two-speed automatic transmission from its intermediate-sized cars in place of the 401 cu in (6.6 L) V8 and three-speed automatic used in other big Buicks.