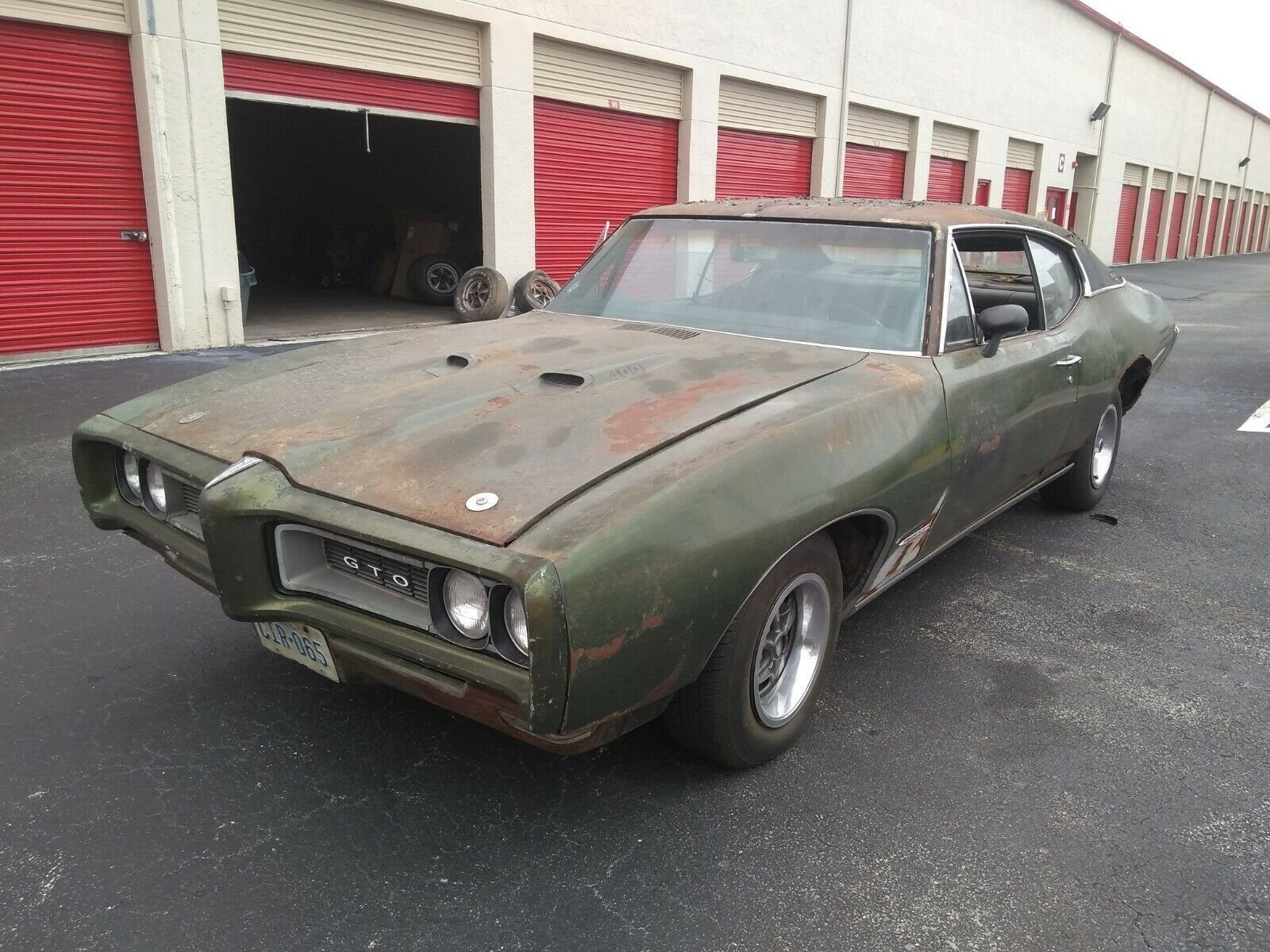 THIS 1968 PONTIAC GTO SPORT COUPE IS LOCATED IN: HOMESTEAD, FL

The first generation of the GTO was the first muscle car produced in the 1960s and the 1970s. The Pontiac GTO is considered by some to have started the trend with all four domestic automakers offering a variety of competing models.

The GTO was selected as the Motor Trend Car of the Year in 1968.

General Motors redesigned its A-body line for 1968, with more curvaceous, semi-fastback styling. The wheelbase was shortened to 112.0 in (2,845 mm) on all two-door models. Overall length was reduced 5.9 inches (150 mm) and height dropped half an inch (12 mm), but overall weight was up about 75 lb (34 kg). Pontiac abandoned the familiar vertically stacked headlights in favor of a horizontal layout, but made hidden headlights available at extra cost. The concealed headlights were a popular option. The signature hood scoop was replaced by dual scoops on either side of a prominent hood bulge extending rearward from the protruding nose.

A unique feature was the body-color Endura front bumper. It was designed to absorb impact without permanent deformation at low speeds. Pontiac touted this feature heavily in advertising, showing hammering at the bumper to no discernible effect. A GTO could be ordered with "Endura delete", in which case the Endura bumper would be replaced by a chrome front bumper and grille from the Pontiac LeMans.