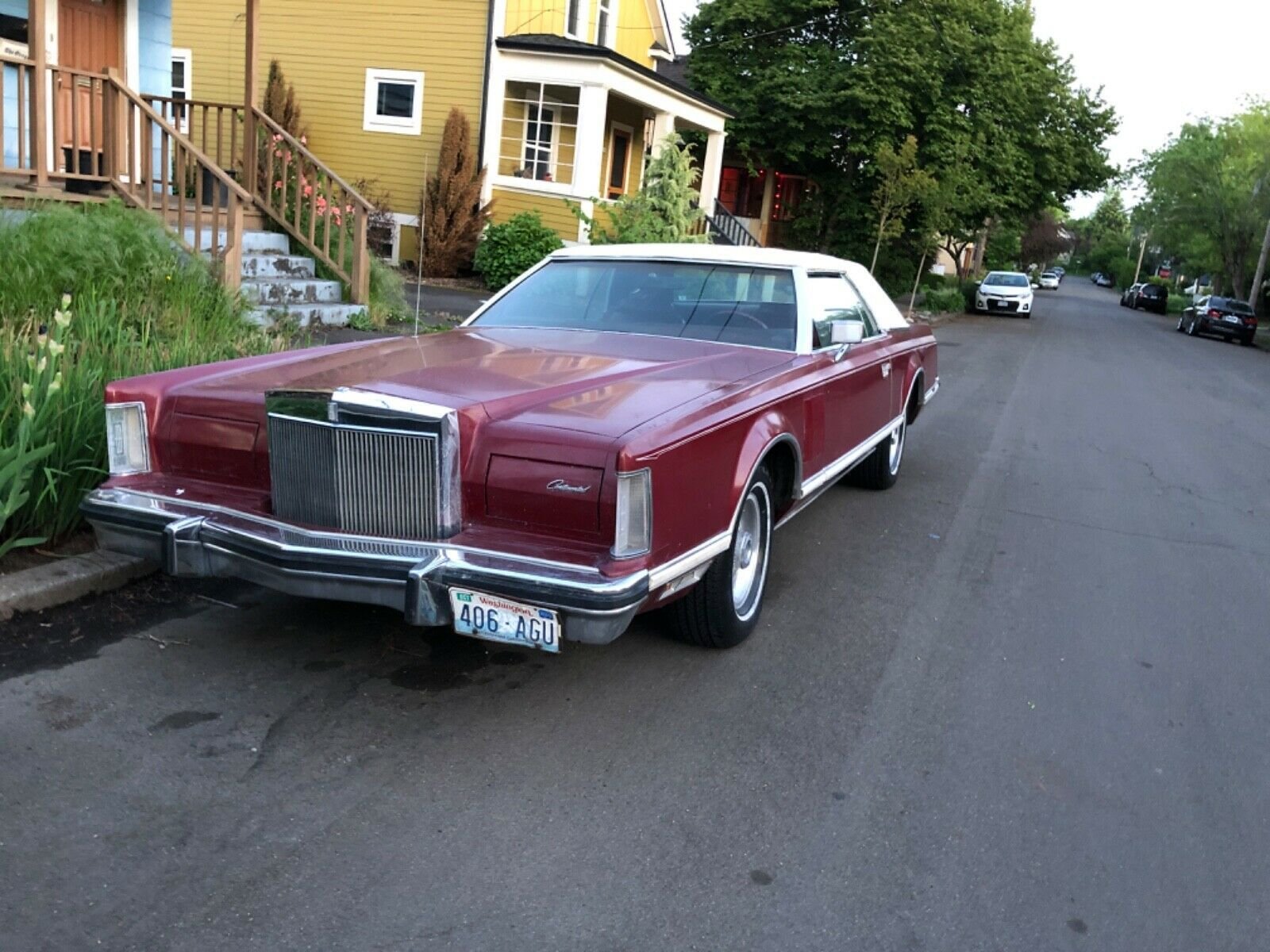 THIS 1978 LINCOLN CONTINENTAL MARK V IS LOCATED IN: WILMINGTON, CA

The Continental Mark V is a personal luxury coupe that was marketed by the Lincoln division of Ford Motor Company from the 1977 to 1979 model years in North America. The fourth generation Mark series, the Mark V was derived from its Continental Mark IV predecessor, bringing an extensive update to the interior and exterior design. While only sold for three years, the Mark V is the best-selling generation of the Mark series, with 228,262 examples produced.

At 230 inches long, the Mark V is the largest two-door coupe ever sold by Ford Motor Company, with the 233-inch long two-door and four-door Lincoln Continental sedans (produced alongside it) as the only longer vehicle ever marketed by Ford. Distinguished by its sharp-edged exterior design, design themes of the Mark V would be adapted onto Lincoln vehicles throughout the 1980s. For 1980, the Mark V was replaced by the Continental Mark VI. As the Mark series underwent downsizing in the interest of fuel economy, the Mark VI saw significant reductions in exterior dimensions.

All Continental Mark Vs were assembled alongside the Lincoln Continental at the now-closed Wixom Assembly Plant in Wixom, Michigan.

A larger radiator, heater core inlets and hoses were new, for improved coolant flow and heater performance. Door lock cylinders and ignition lock switches were also revised for greater theft protection. The standard 6.6 L (400 cid) V8 engine got a slight detuning for better fuel economy, while the 7.5 L V8 soldiered on for one more year.

With the mid-1977 introduction of Versailles, Lincoln was the first American car manufacturer to produce a two-stage base-coat/clear-coat paint process for their mid-sized luxury sedan. For 1978, this new two-stage paint process was expanded to both the Mark V and Continental, (for metallic colors only). This process produced a rich, deep, and especially glossy finish, because the paint pigment was protected beneath a layer of high-gloss clear acrylic enamel. Non-metallic, solid paint colors still continued to use the traditional, single-stage paint process (no clearcoat).

Joining the optional Full Vinyl and Rear Landau Vinyl roof options for 1978, was a new, full-length, simulated convertible "Carriage Roof" option (available only in white canvas-embossed vinyl - with interior rear seat side-quarter trim panel vanity mirrors - in place of the normally standard opera windows, which were deleted with this option). The Power Glass Moonroof option was not available on Mark V when equipped with the Carriage Roof.

Also new, (for 1978 only), were slightly revised standard Luxury wheel covers, with fewer ribs along the outside diameter of a slightly more-convex/bulging brushed center portion of the wheel cover. This wheel cover style would then only appear one more time - on the downsized 1980 Lincoln Continental and Town Car and Town Coupé models.

1978 also marked Ford's first usage of (the short-lived; 1978–79) electro-mechanical seat belt warning chimes, available, and standard only on Diamond Jubilee Edition. Lesser Mark Vs (in all years) were equipped with a traditional basic seatbelt warning buzzer, and for those whoever owned or own one ever started the car with the driver's door open, and not buckled in, the separately wired "key in ignition" warning buzzer unit would also start to buzz, triggering both units at the same time, each at a slightly different sound frequency.