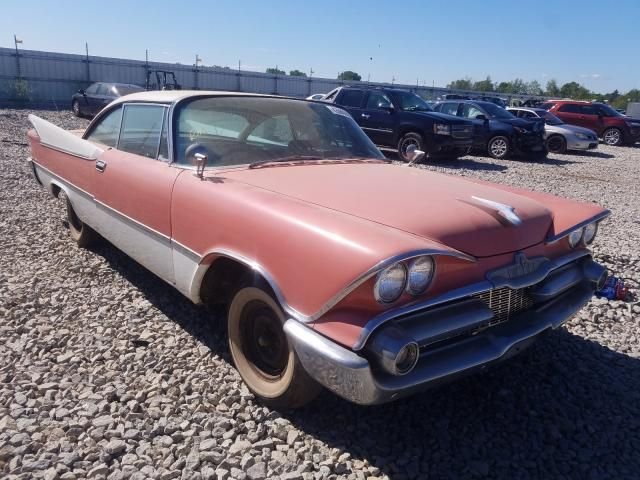 THIS 1959 DODGE CORONET IS LOCATED IN: WHEELING, IL

The Coronet is an automobile that was marketed by Dodge as a full-size car in the 1950s, initially the division's highest trim line, but starting in 1955, the lowest trim line. From the 1965 to 1975 model years the name was on intermediate-sized models. A coronet is a small crown consisting of ornaments fixed on a metal ring.

The 1958 and 1959 Coronet, Royal, and Custom Royal used a DeSoto Fireflite chassis but had less ornate trim. Power came from the 230 cu in (3.8 L) "Getaway" L-head straight-6 or the 325 cu in (5.3 L) "Red Ram" V8. In 1959 a Silver Challenger model was also offered on the Coronet line. This was a six-cylinder or V-8 model available only in silver paint and only on a two-door body. It came with many extra features at no cost, such as wall-to-wall deep pile carpeting, premium white wall tires and wheel covers, luxury fabrics and upgraded interior and electric windshield wipers. The overall length was increased to 217.4 inches.