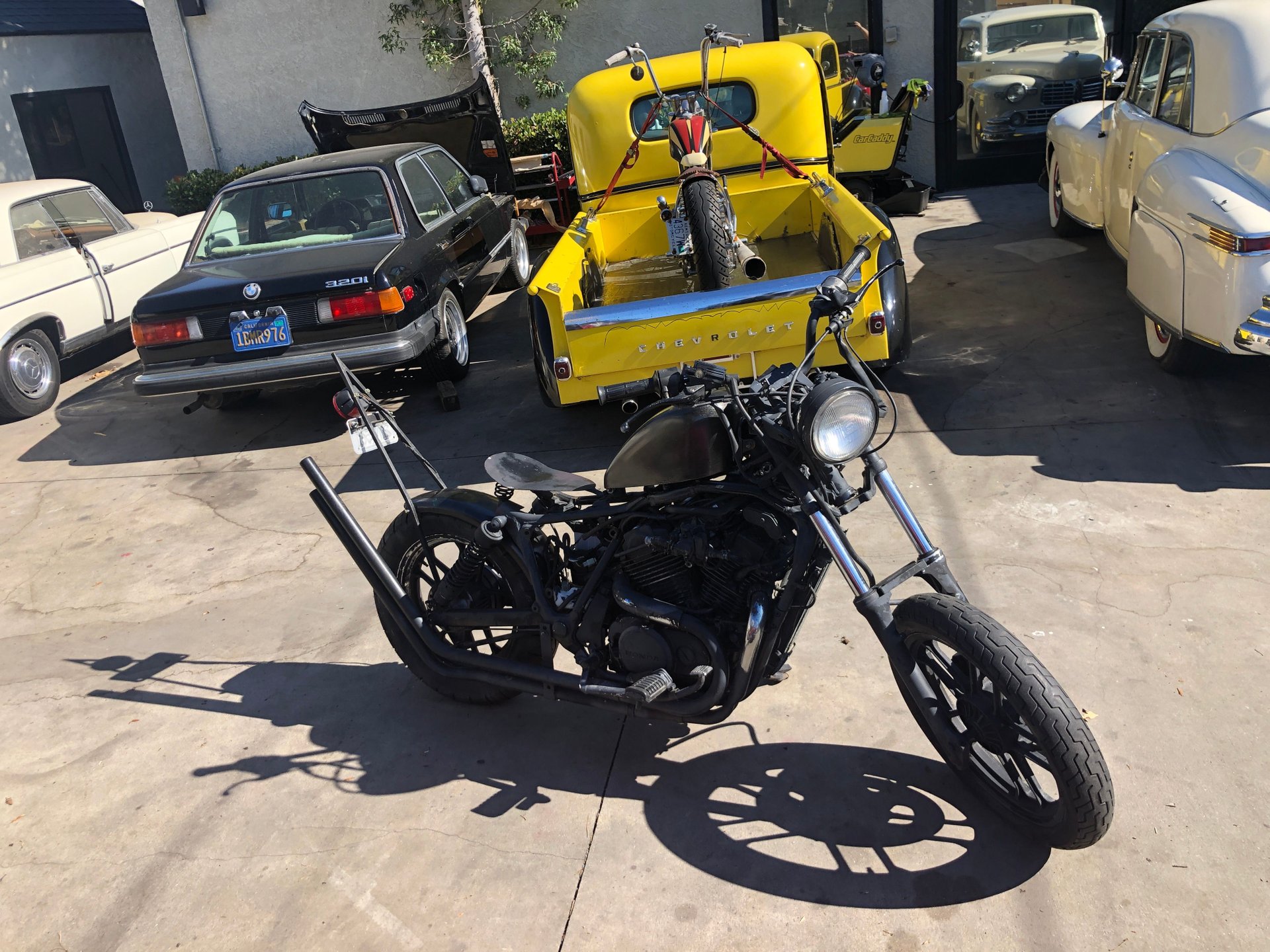 The Honda Shadow refers to a family of cruiser-type motorcycles made by Honda since 1983. The Shadow line features motorcycles with a liquid-cooled 45 or 52-degree V-twin engine ranging from 125 to 1,100 cc engine displacement. The 250 cc Honda Rebel is associated with the Shadow line in certain markets.

The 1985 "VT500C" had round and chromed headlamps. This model continued with the dual horns. A two piece seat with an integrated backrest was incorporated. Starting this year, the engine covers were polished chrome and the fins enlarged. The "Honda" tank decal was curved instead of straight.