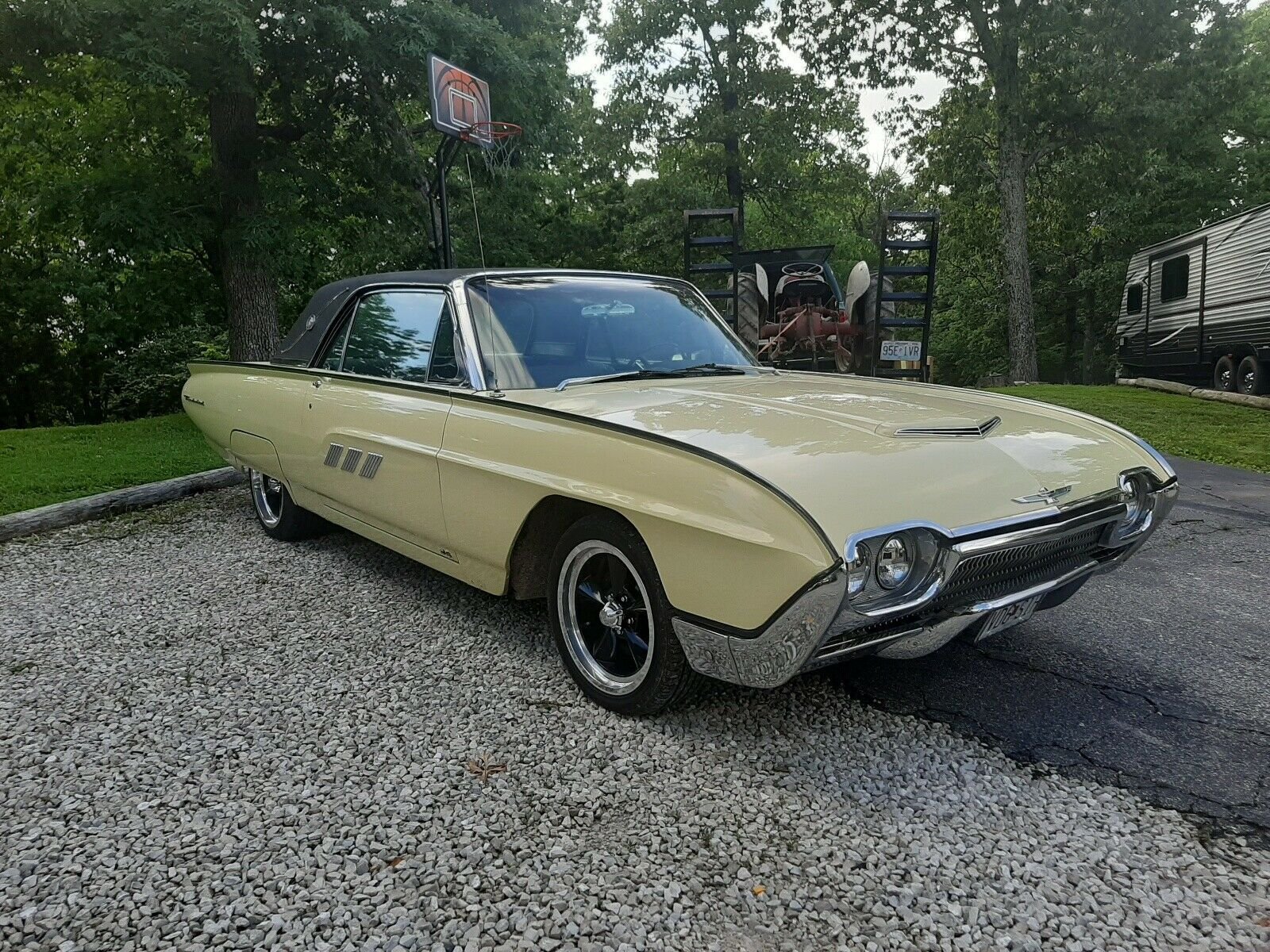 THIS 1963 FORD THUNDERBIRD LANDAU IS LOCATED IN: BRIDGETON, MO

The third generation of the Ford Thunderbird is a personal luxury car produced by Ford for the 1961 to 1963 model years. It featured new and much sleeker styling (done by Bill Boyer) than the second generation models.

The Landau model was introduced in 1962, with a vinyl roof and simulated S-bars on the rear pillars. Changes for 1963 were relatively mild. The Landau became the second most important model after the standard hardtop.