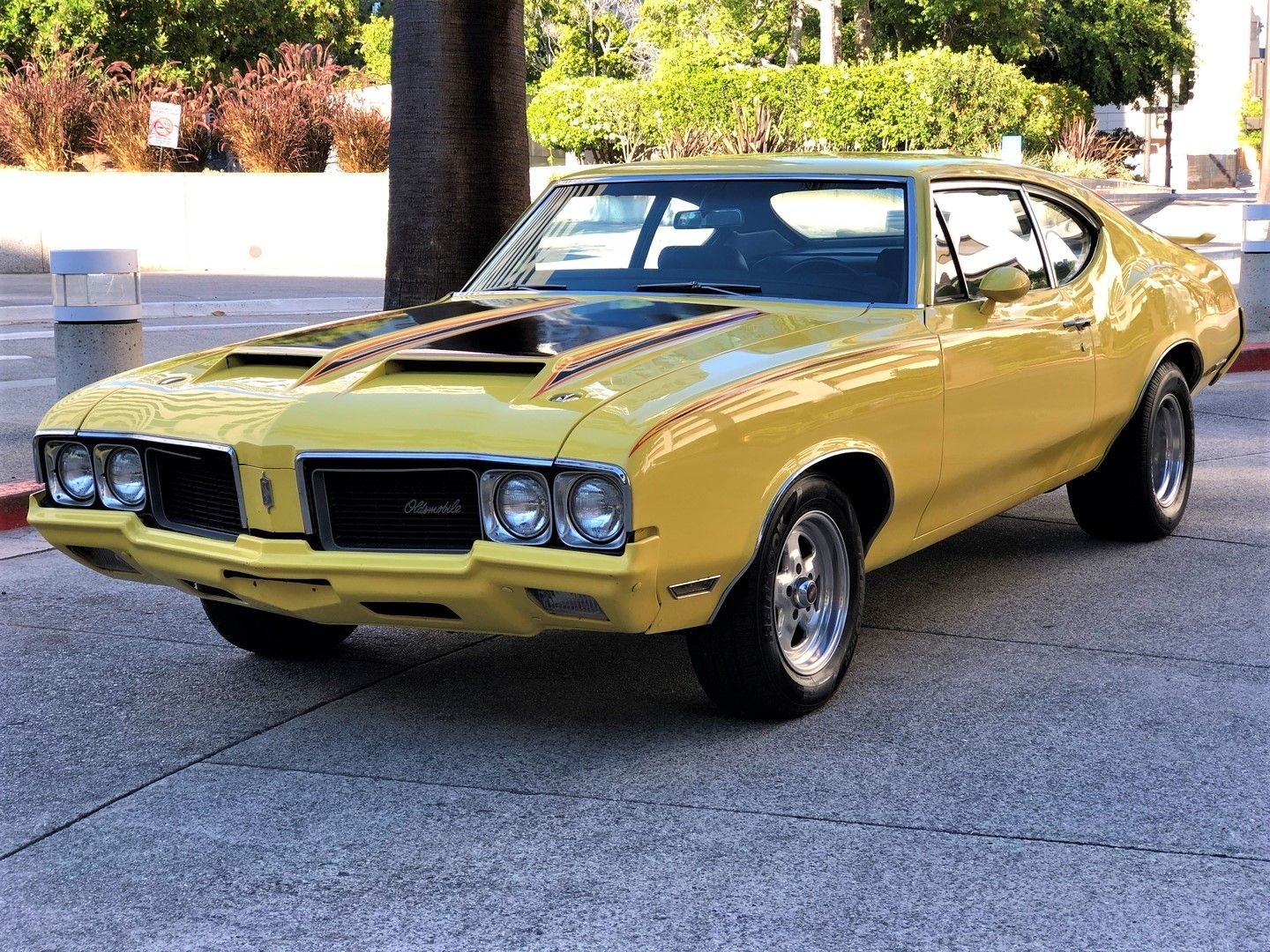 The Oldsmobile Cutlass was a range of automobiles produced by General Motors' Oldsmobile division between 1961 and 1999. At its introduction, the Cutlass was Oldsmobile's smallest model; it began as a unibody compact car, but saw its greatest success as a body-on-frame intermediate.

Introduced as the top trim level in Oldsmobile's compact F-85 line, the Cutlass evolved into a distinct series of its own, spawning numerous variants, including the formidable 4-4-2 muscle car in 1964, premium Cutlass Supreme in 1966, and outright performance Hurst/Olds in 1968, as well as the Vista Cruiser station wagon.

The Cutlass was named after the type of sword, which was common during the Age of Sail.

The 1970 F-85 and Cutlass was available in seven body styles, three of which were coupes: a pillared fastback Sports Coupe (in F-85, Cutlass S or 4-4-2 trims), an hardtop fastback Holiday Coupe (Cutlass S and 4-4-2 only), and finally a more formal notchback Holiday Coupe, only offered in Cutlass Supreme trim. This practice was similar to that followed at the time by Ford and Mercury for theirintermediates, which were offered in both notchback and fastback coupes starting in 1968. Also available were a four-door hardtop Holiday Sedan, a four-door Town Sedan, a convertible, a flat-top station wagon called the Custom Cruiser, as well as the fancier Vista-Cruiser station wagon. Counting all trim level and body style permutations, Oldsmobile's 1970 lineup included 15 different intermediate models.