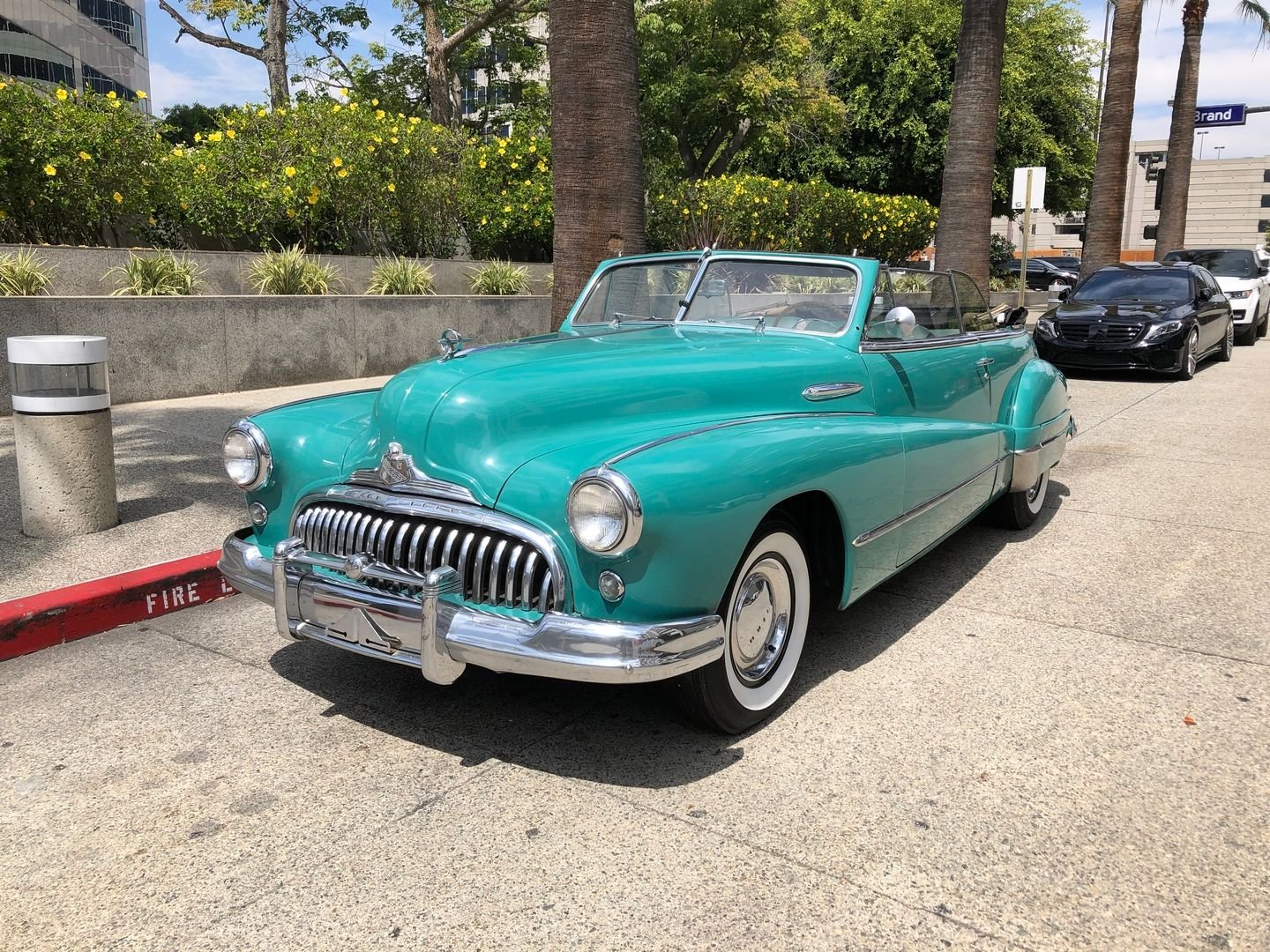 Combining big Roadmaster room with an economical Special engine continued to make the Super an American favorite in 1947. The Super was little changed from its 1946 counterpart, except for new stamped grille that had separate upper bar and new emblem. Stainless lower body moldings made a single line along the body and continued onto the standard wheelhouse shields. A white Tenite steering wheel was standard while the instruments were round and set into a two-toned dash panel. Exterior series identification was found on the crossbars between the standard bumper guards. A chrome emblem was used with the series script embossed and filled with red. Sales reached a record 159,588. The height was 64.9 inches. Brakes were 12 inch drums.