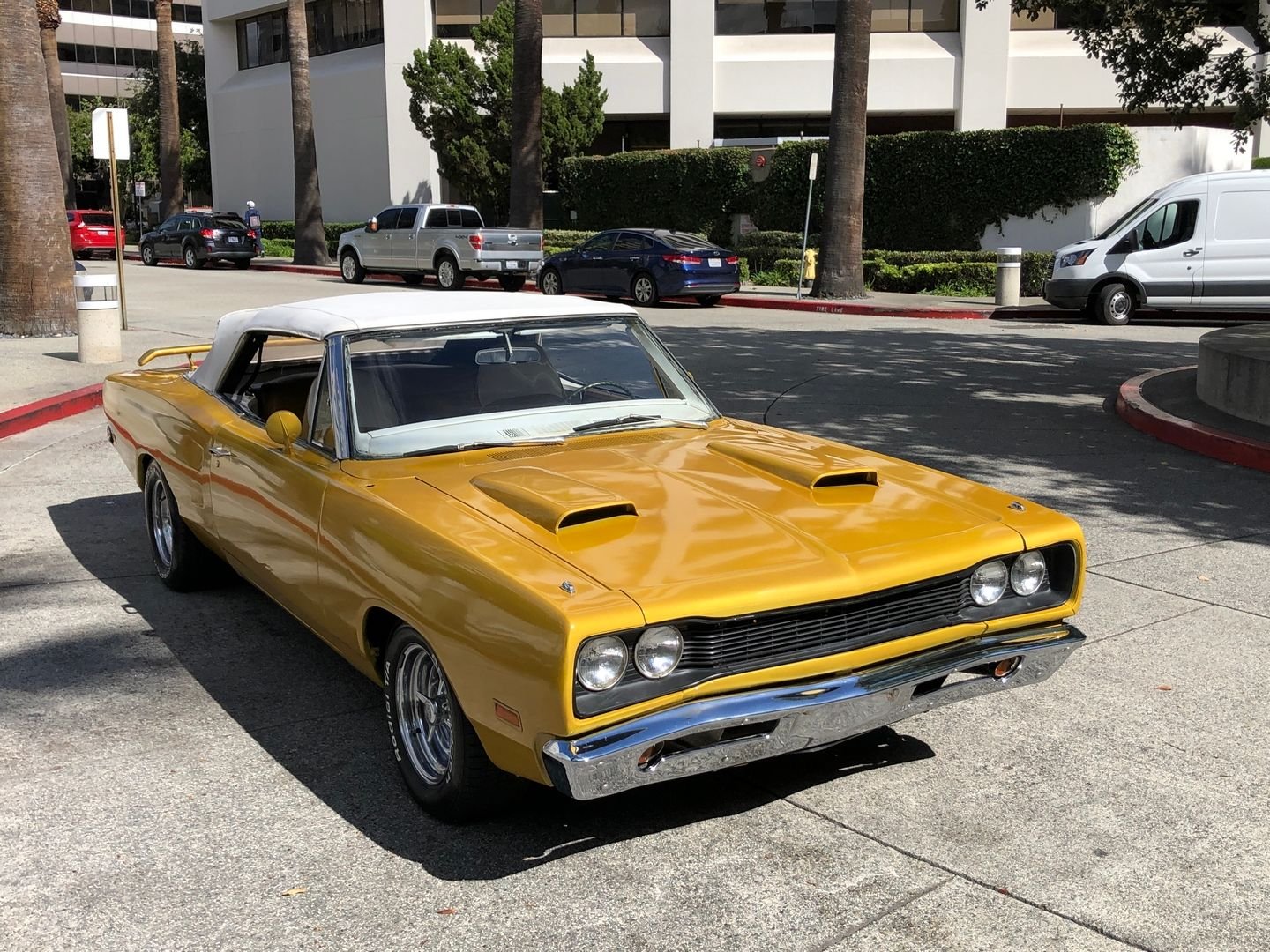 THIS 1969 DODGE CORONET 500 CONVERTIBLE IS LOCATED IN: VAN NUYS, CA

The Coronet and similar Plymouth Belvedere received complete redesigns in 1968, as did the Dodge Charger, which shared the B-body platform. There was a mild facelift in 1970. Trim levels initially included the base Coronet, Coronet Deluxe, Coronet 440, Coronet 500 and Coronet R/T.